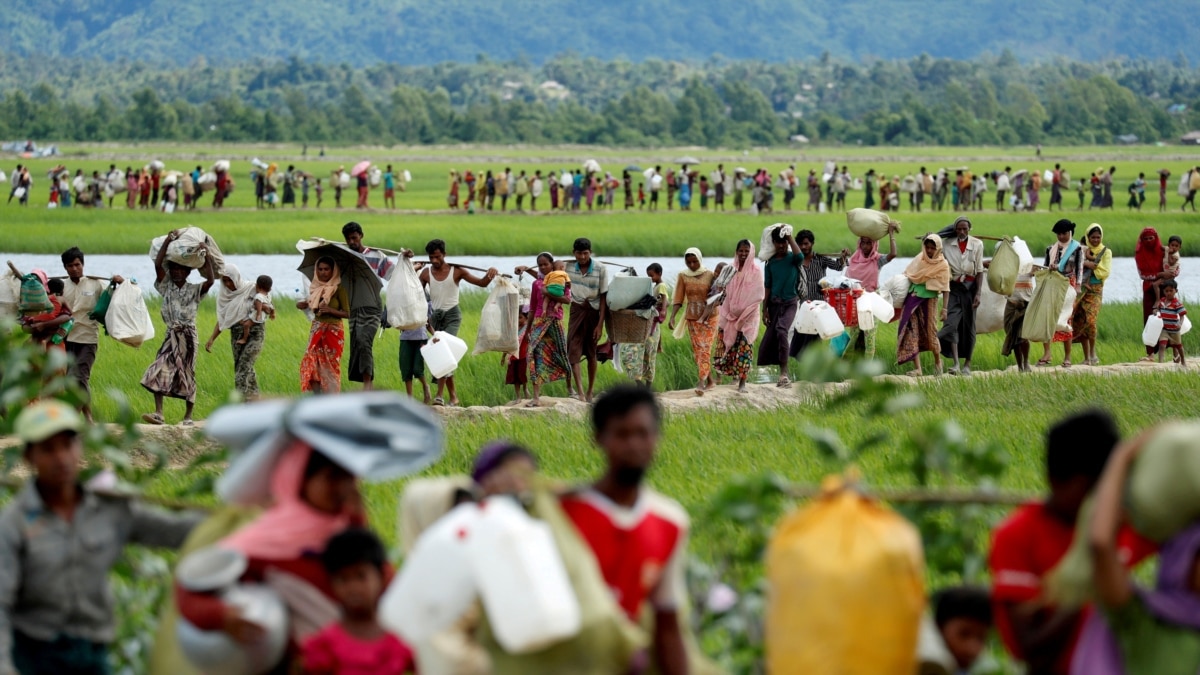 A group of Rohingya women and girls are expected to travel to Argentina within two months to testify against the Myanmar military in a genocide trial in a Buenos Aires court.

The survivors have remotely given testimony in court over sexual assault charges. Argentina’s court has a history of taking cases based on the premise of “universal justice.” This legal concept states that some terrible acts, including genocide, can be tried anywhere.

The case stems from the army crackdown on Rohingya Muslims in 2017 in Myanmar, a Buddhist-majority nation. More than 370 Rohingya villages were torched and hundreds of civilians killed during a military security check in northern Rakhine state in retaliation against the Arakan Rohingya Salvation Army, or ARSA, a Rohingya armed group. The United Nations has said the Myanmar army’s actions amounted to genocide. More than 740,000 Rohingya fled to Bangladesh after the crackdown.

Tun Khin, President of the Burmese Rohingya Organization UK or BROUK, told VOA Burmese that “the statement will most likely come within a maximum of two months. This statement is very important. Women face court hearing in Buenos Aires.”

BROUK filed the lawsuit against the Myanmar military on November 13, 2021, and Argentina’s federal court accepted the case the following month. Trials against Myanmar and its leaders are pending before the International Criminal Court and the International Court of Justice of the United Nations.

Tun Khin said the appearance of the women and girls is the first time Rohingya will address allegations that the Myanmar military violated international law in northern Rakhine state in 2017 before an international court. As part of the indictment, Tun Khin appeared in an Argentine court last December.

VOA Burmese asked Maj. Gen. Zaw Min Tun, a military spokesman, about the junta’s stance on charges against the military being tried in Argentina.

“We testified before the ICJ, an official UN body, and stated that there has been stability in Rakhine State in the past,” he said of appearances before the International Court of Justice in The Hague. “The conflicts have only lasted since the emergence of the terrorist group ARSA. Prosecutors should harmoniously analyze the history of the various ethnic groups living peacefully in Rakhine State.”

UN High Commissioner for Human Rights Michelle Bachelet has called on other countries to join forces with Argentina and Turkey, who, in line with universal jurisdiction, are investigating Myanmar’s military leaders in violation of international law.