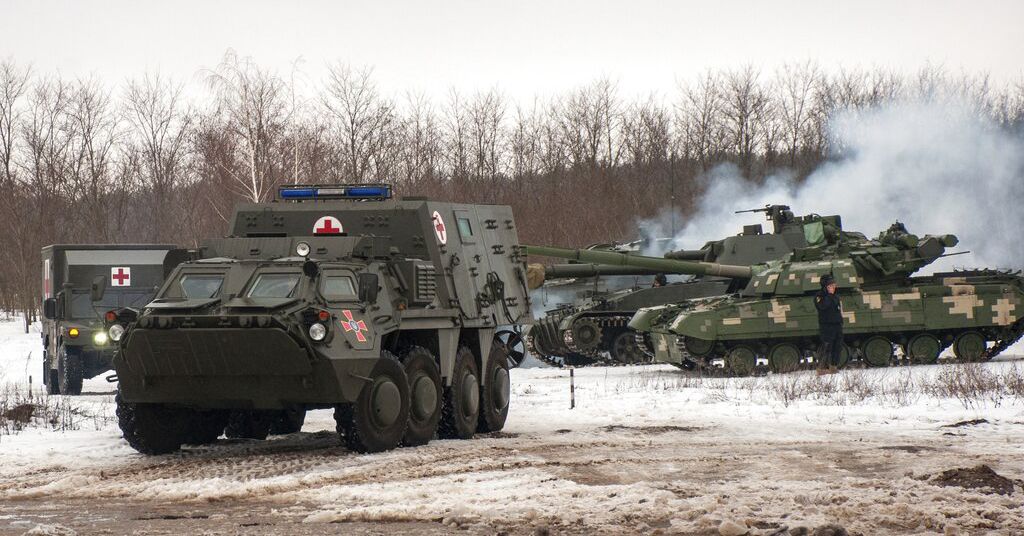 Russian forces began ten-day drills with warships off a Black Sea port on Thursday, stoking fears in the West that an invasion of Ukraine could be imminent.

The news: According to The Washington Post, six ships arrived at the port of Sevastopol in Crimea.

Details: According to BBC News, units of the Russian National Guard and other Russian military troops have also been massed near Ukraine.

Why it matters: According to the Washington Post, Ukrainian officials called the maneuvers “unprecedented” that made a voyage through the Black Sea and Sea of ​​Azov impossible.

The other side: According to foreign policy, Ukraine has also started military exercises.