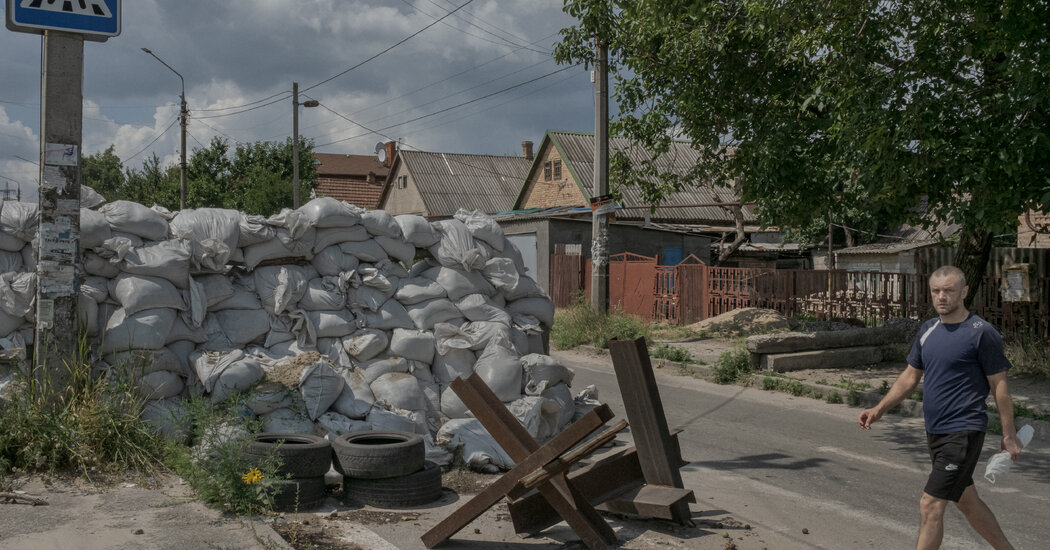 The agreement provides exceptions for nations that are facing particular energy problems or have conscientiously saved more gas than they needed in recent months. Nevertheless, she is calling on all nations to voluntarily reduce their natural gas consumption by 15 percent by spring.

Nations in the bloc must agree that there is a broader energy emergency to make the measures binding.

The agreement came less than 24 hours after Russia’s state gas monopoly Gazprom announced it would further reduce the amount of natural gas it sends to Germany via the Nord Stream 1 pipeline. Limited flows resumed less than a week ago after an annual maintenance shutdown.

The compromise, though softer than the original proposal, marked an important step in dealing with the bloc’s reliance on Russian energy and its associated vulnerabilities as the Kremlin seeks to punish Europe for its support of Ukraine. It also highlighted the European Union’s continued ability to reach agreement and overcome divisions in the face of ongoing threats from Russian President Vladimir V. Putin.

“Today the EU took a crucial step to counter the threat of a full-scale gas disruption by Putin,” European Commission President Ursula von der Leyen said in a statement shortly after the deal was finalized.

Unanimity was not required to pass the proposal, but only one of the 27 member states ultimately did not support the compromise, according to diplomats involved in the process. The only country to vote against was Hungary, which has emerged as a disruptive factor in the latest round of critical votes on Ukraine-related issues.

The European Commission’s original proposal last week presented a less flexible plan to urgently cut fuel use across the bloc, suggesting that cuts would keep all 27 members afloat should the Kremlin turn off the taps to help to ensure that not a single EU country falls into crisis. But it provided for fewer exceptions and gave the Commission itself the responsibility to declare an emergency and trigger mandatory natural gas restrictions.

However, the European Commission’s proposals tend to be maximalist, taking into account the dilution process that usually occurs when EU countries, with their respective needs, start discussing them.

Ms von der Leyen said that by acting together – and by addressing the energy challenges facing individual nations – the EU has “secured the strong foundations for the indispensable solidarity between member states in the face of Putin’s energy blackmail.

The reason for asking countries that are less dependent on Russian gas to share the burden of consumption reduction is that the European Union’s economy is highly integrated and a hit to one member can harm them all.

That’s especially true when one of the most vulnerable economies is owned by Germany – the de facto leader of the bloc, one of the world’s leading industrial nations and a major buyer of Russian natural gas.

Russia has been slow to restore gas supplies through the Nord Stream 1 pipeline, which connects Russia and Germany, and was offline for several days this month for maintenance work.

The inflow of Russian gas, which supplies 40 percent of EU consumption, was less than a third of the normal average in June. Gas storage facilities in Europe, which are normally almost full at this time of the year in preparation for winter, are not sufficiently stocked to cope with such fluctuations and shortages.

The compromise plan will exempt Ireland, Cyprus and Malta, island nations with little flexibility in finding alternative energy sources, as well as the Baltic states, whose power grids are linked to Russia, according to an official statement that summarizes the deal and the reasons for the exemptions describes .

As several EU countries – including Poland, Greece and Spain – with more modest consumption and adequate stocks considered a uniform reduction in consumption unfair, the plan also gives other reasons for more modest reductions in consumption. For example, countries that have exceeded their storage fill target can compensate by using less.