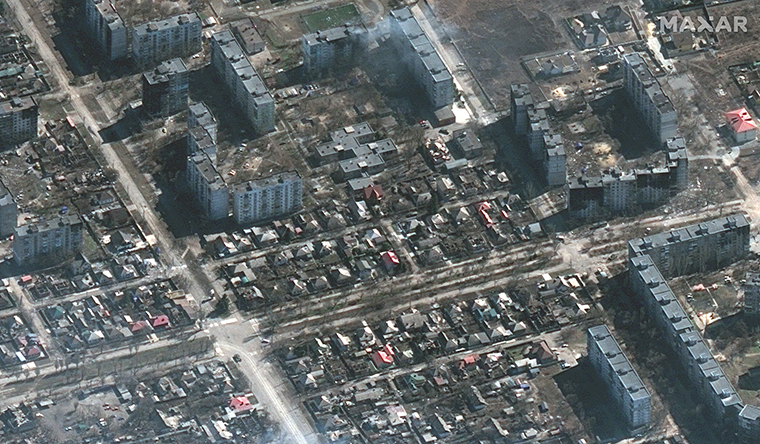 A group of bipartisan senators called for more fatal and humanitarian aid to be sent to Ukraine as soon as possible after traveling to Germany and Poland over the weekend to meet with civil society organizations, American troops and Ukrainian refugees. The senators who took part in the trip held a press conference Monday after their return.

“Defending freedom in Ukraine means defending freedom everywhere. This is a critical time for all of us, not just for the Ukrainian people we met and visited, but certainly for all of Europe, all of our NATO allies, and it certainly means freedom here in our homeland as well,” Ernst said during the press conference about the trip.

“She said to me, ‘I want to live in peace. I want to go back to Ukraine, but I have to protect my children.” So this young mother left the only country she has ever known with her two children. She leaves her husband behind. Not knowing if she would ever see him again to protect her children,” Collins said. “The only way we can end this humanitarian crisis is to get Ukrainians the deadly aid and humanitarian assistance they need to end this unprovoked, unjustified war.”

“I believe that the administration should seek means to allow Ukrainians who have family members in this country to join them and grant them temporary protection status. Just this morning I heard from someone in the state of Maine who has offered to take in three Ukrainian families for the next year, so we need that kind of reform too,” Collins said.

Sen. King said he wanted to better understand how long it takes to get aid to Ukraine after it’s approved by Congress after the trip.

“One of the things I’m coming back with is noting how long it takes from when Congress votes on the money, like we did 10 days ago, to when it does crossed the border into Ukraine, both for humanitarian aid and for fatal aid. We need to know exactly how this works and how quickly it’s happening because we don’t have weeks and months, we have hours and days,” King said.

Senator King said senators saw trucks loaded with supplies ready to cross the border into Ukraine during the trip.

Senator Ernst said she and other senators would write lists of what needs to be done to get help for Ukraine even faster on the return flight from Germany.

The senators spent Friday in Germany, Saturday in Poland and Sunday in Germany before flying back to the United States overnight from Sunday night to Monday, King said.

Can Ukraine deal with “a war criminal”? | Europe | News and current events from across the continent | DW