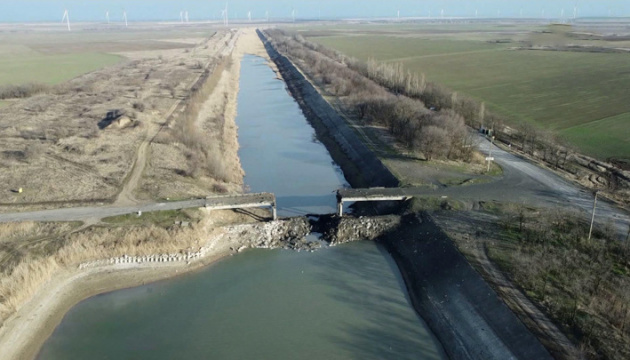 Towards the southern buh, the invaders are improving the fortification equipment of the second and third lines of defense. Reinforced concrete checkpoints were spotted near the bridges over the North Crimean Canal.

This was reported by the on Facebook general staff of the Armed Forces of Ukraine, according to Ukrinform.

“In the Volyn and Polissia directions, up to seven battalions of the Belarusian Armed Forces continue to strengthen the Ukrainian-Belarusian border in the Brest and Gomel regions. Deadlines have been extended: an inspection of combat readiness – by June 18; and the closure of airspace over the southern part of Belarus – until July 8,” the statement said.

It is also noted that the threat of missile and air strikes from the territory of Belarus remains.

In the Siversky direction, the enemy continues to hold up to three tactical battalion groups from the Western Military District on the Russian-Ukrainian border in the Bryansk and Kursk regions to prevent the movement of Ukrainian troops to other high-risk areas. The attacker fired artillery at the positions of the Ukrainian defenders in the border areas of the Sumy region.

In the Kharkiv direction, the enemy’s main efforts are focused on defense to prevent further advances of the armed forces to the state border.

In the Sloviansk direction, the enemy is focused on preparing troops for the attack on Sloviansk and conducting offensive operations in the Pasika – Bohorodychne direction. The enemy sees success and attempts to gain a foothold in the northwestern outskirts of Bohorodychne.

In the direction of Lyman, the enemy regrouped their troops and replenished stocks of ammunition and fuel in preparation for the offensive on Sloviansk and Siversk.

In the direction of Bakhmut, the occupiers regroup to attack Mykolayivka and Komyshuvakha. To reinforce the grouping of troops, they were dispatched to form a tactical battalion group.

In the Avdiyivka, Kurakhiv, Novopavliv and Zaporizhia directions, the enemy is actively using aircraft and artillery to tie down Ukrainian troops and prevent the transfer of reserves to other directions.

In the direction of South Buh, the attacker concentrates on defending his position. The enemy is taking measures to improve the fortification equipment of the second and third lines of defense. Reinforced concrete checkpoints were sighted near the bridges over the North Crimean Canal.

The General Staff points out that the enemy continues to block civilian shipping in the north-western part of the Black Sea. Six carriers of Kalibr cruise missiles are ready to use missile weapons in the Black Sea.

To the south, the Ukrainian military killed 39 Russian aggressors and destroyed at least 11 units of equipment in the past 24 hours.