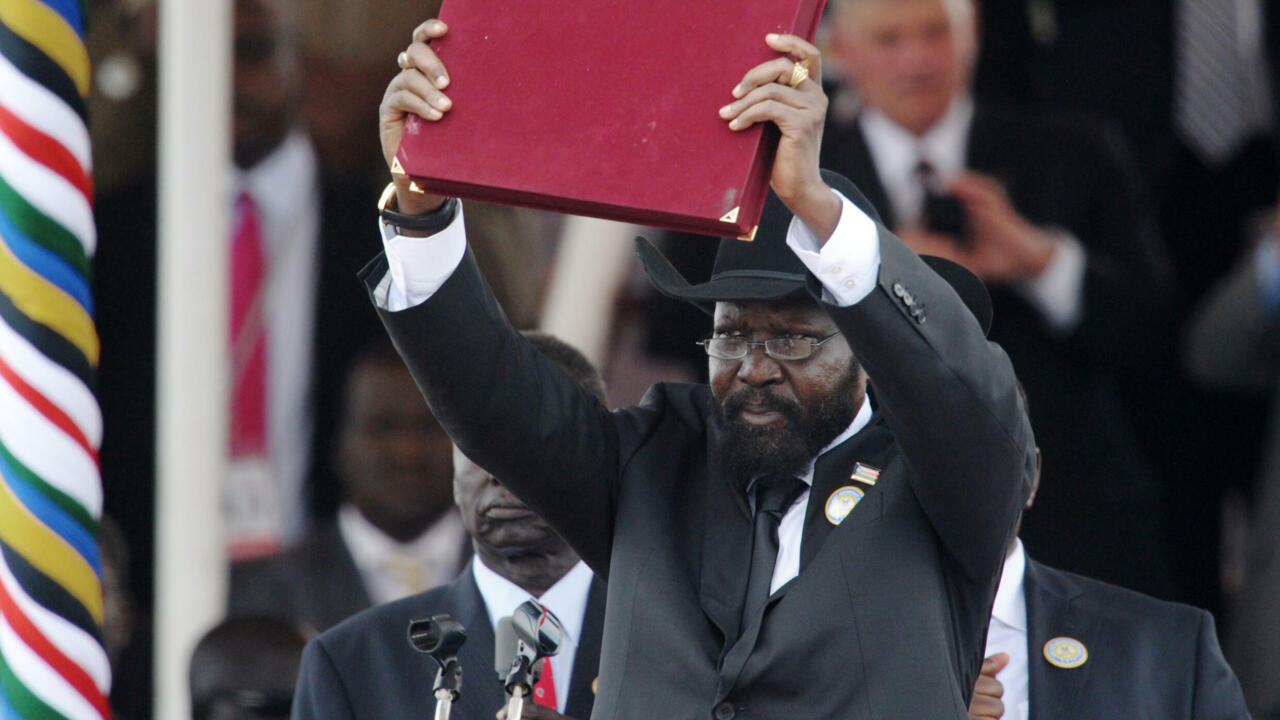 The towering guerrilla commander Salva Kiir led South Sudan to independence a decade ago before shattering the dreams of its people and pulling them back into a brutal civil war.

His political rivalry with Vice President Riek Machar sparked a civil war in late 2013 that was marked by ethnic atrocities, rape, torture and the death of nearly 400,000 people.

The conflict, which opposed several peace efforts until the formation of the most recent unity government in February 2020, devastated the emerging country’s economy and displaced around four million people, resulting in one of the world’s worst humanitarian crises.

“I’m not really proud because we fought and the things we did were destroyed, so we always have to start over,” Kiir said in an interview with Kenyan broadcaster Citizen TV in July.

A devout Catholic, Kiir is known for preaching sermons in Juba Cathedral, which tower over the pulpit and wear his signature black cowboy hat, the original of which was a gift from US President George Bush.

But for years the tall, bearded commander was more used to leading troops in the Bush War than to making political speeches.

Born to the majority of the Dinka in the remote herding state of Warrap in 1951, Kiir spent much of his life with a weapon.

He was a bush fighter and battlefield commander both in the first civil war in Sudan – which lasted shortly after independence from Great Britain in 1956 to 1972 – and in the subsequent conflict from 1983 to 2005.

Kiir only took power after the death of his boss, veteran rebel leader from the south, John Garang, in a helicopter crash in 2005.

“Most South Sudanese view Kiir as an accidental president who came to power only through the unexpected death of John Garang, with whom Kiir often clashed despite standing in for him,” said Alan Boswell, an expert at the International Crisis Group (ICG).

– A man with a different dream –

While Garang – the first president of the then semi-autonomous South Sudan – tried to reform Sudan as a whole, Kiir and his allies wanted independence.

Kiir oversaw the birth of a nation whose southern capital, Juba, peacefully freed itself from former enemies in Khartoum in July 2011.

South Sudan enjoyed immense international benevolence and billions of dollars in financial support for development after decades of conflict with the north, but Kiir was unable to contain corruption, which meant that under his leadership the country was plundered rather than rebuilt.

Huge sums of money from oil revenues were wasted under Kiir’s watch. He admitted some of it in a 2012 begging letter to 75 former and current officials, asking them to return $ 4 billion in stolen funds.

Meanwhile, tensions between the new nation’s leaders increased, and in 2013 Kiir accused Machar – whom he had sacked as vice president months earlier – of plotting a coup against him that sparked an armed struggle.

A January 2016 UN report said there was “clear and compelling evidence” that Kiir and Machar directed or knew about most of the violence committed during the war.

Both leaders also enriched themselves in the wake of the conflict, according to The Sentry’s investigation team.

Getting Kiir and Machar to try peace at all was grueling, years of diplomatic drudgery, with Pope Francis kissing both men on the feet at one point during a breathtaking intervention by the Vatican in early 2019.

Although Kiir has ruled South Sudan since 2005, he was only directly elected once in 2011, as there were no elections in 2015 due to the fighting. An election scheduled for 2022 as part of a further peace agreement with Machar has been postponed to 2023.

He remains a mysterious and fickle leader who rules with Machar in a fragile coalition with whom suspicion is simmering as the promised power-sharing agreements under their latest pact do not materialize.

“Kiir is often a mystery to even his closest advisors. He listens more than he speaks and can surprise his advisors with abrupt changes in position,” said Boswell of ICG.

“Sometimes he has served as a national reconciler, sometimes as a divider.”

Trump stirs up Republican lies. I’m joining the Lincoln Project to stop them.