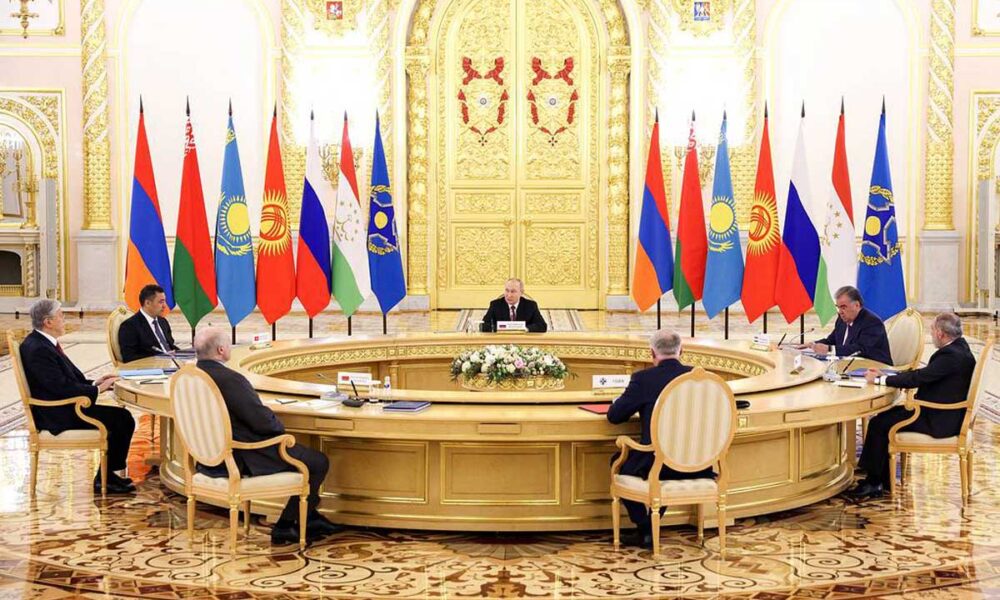 Finland and Sweden have made political decisions to apply for NATO membership. While Turkey has opposed this idea and the accession process will therefore now encounter some unexpected difficulties, both Helsinki and Stockholm will most likely succeed in their applications. As a result, their decades-long (200 years in the Swedish case) policy of non-alignment will become history.

Regardless of how smoothly and quickly the new round of NATO expansion goes, the Finnish and Swedish decisions reflect the already extreme military-political polarization in Europe and suggest that tensions are likely to rise further. Under such structural conditions, the confrontation tends to spread, as it has historically, putting pressure on several states, including those not directly involved, to “take sides”. This trend is clearly unfolding before our eyes again.

Interestingly, the ultimate impact outside of Europe could be the opposite. There, the idea of ​​nonalignment seems to be gaining new traction, as numerous Asian and African countries find it against their own interests to champion any pole of the current geopolitical confrontation. Therefore, they actively resist calls to join the West in sanctioning and isolating Russia. As the war‘s impact on humanitarian, socio-economic and, consequently, political developments in these countries takes its toll, voices in favor of the neutralist cause will become more emboldened. Insistent Western demands that no one should “sit on the fence” may even revitalize the Non-Aligned Movement or spur neutralist states in Asia and Africa to seek a new analogous project.

But the longer-term strategic rivalry between the US and China, which will inevitably have the Asia-Pacific region as its main geographical arena, will introduce additional variables into the foreign policy thinking of the region’s smaller nations. Indeed, some of them might find new reasons to take sides instead of clinging to a middle ground. Nonetheless, the neutralist and more broadly the hedging agenda will remain highly relevant for those Asian states stuck between existing and emerging geopolitical incompatibilities.

In contrast, neutralist ideas and non-aligned politics have bottomed out in Europe, especially after Finland and Sweden decided to seek NATO membership. Historically, this seems somewhat counterintuitive, given that these policies have served the security of many European nations well for centuries, sometimes enabling “islands of cooperation” where confrontation would otherwise have erected ubiquitous “iron curtains”. At this point it must be stressed that Helsinki and Stockholm are abandoning the politics that have never failed them.

However, the prevailing sentiments about non-aligned/neutralism in Europe and the discourses that have shaped them are hardly surprising. At least three factors probably explain it.

firstPopulations and elites across Europe have become accustomed to the notion that major wars on the continent are relics of the past. The fascinating achievements of European integration and the unprecedentedly friendly security atmosphere in the West during the “unipolar moment” made the end-of-history philosophy Europe’s standard compass. This, in turn, has naturally produced a new strategic culture that is more maximalist and no longer focused on basic security needs. As a result, the war in Ukraine is viewed across Europe as a last-ditch effort by a revanchist power to reverse the natural course of human history, and thus a decisive battle between good and evil.

Such a mental compass and the interpretation of the causes and meanings of war that it produces leaves no room for neutrality. On the contrary, it carries with it a moral imperative to combat perceived evil.

Secondly, modern warfare increasingly relying on hybrid and non-kinetic components, raises a serious question about the relevance of the concept of nonalignment today. While this question is equally applicable in Asian or African contexts, it is forceful in Europe. The affiliation or affiliation of European non-aligned states to the EU – the self-proclaimed normative power – has overtaken classic neutrality and is now also blurring the boundaries and norms of non-aligned behavior. For example, militarily non-aligned European states that have joined the EU in sanctions against Russia are officially referred to as “enemy nations” by the latter.

Consequently, the idea of ​​non-aligned countries seems less trustworthy in the eyes of external powers that could hypothetically threaten the security of Europe’s remaining non-aligned countries. And it is precisely for this reason that politics is seen as less reliable by the people of these countries.

Third, both of the above factors are further complicated by the phenomenon of social media in politics. It is no longer easy to explain in Europe, like former Austrian Chancellor Julius Raab did Mid-1950s that “neutrality obliges the state, but not the individual”. Today, a state’s commitment to non-alignment can hardly be sustainable and thus credible if society as a whole is not committed to this policy.

Despite decisions by Finland and Sweden, Europe’s other handful of non-aligned and neutral countries – including Switzerland, Austria, Ireland, Malta, Cyprus and Moldova – remain determined (at least for now) to stay the course. It is symbolic that since Austria has just celebrated the 67th anniversary of the State Treaty that instituted its perpetual neutrality, 75% of Austrians still do think that nonalignment works best for the security and development of their country. This is a mirror situation compared to Finland, where the now 76% of public support joining NATO is clearly the main reason behind the Finnish government’s historic decision.

However, authorities in some countries are struggling to explain to their own society exactly what their non-alignment means and why “we are not politically neutral, but we are militarily neutral”, as the Irish Prime Minister put it put it. In addition, new dramatic developments in and around Ukraine, which are inevitable as the war unfolds, may raise more difficult questions about nonalignment in Europe. It might then no longer be politically feasible to argue as Bruno Kreisky did in his 1959 Foreign Affairs articlethat a great power conflict can still “leave leeway for small states to advance their own concepts of international politics”. In this case, it will no longer be difficult to imagine ways that will lead to a change in public attitudes.

Neutralism and nonalignment need legitimacy and space in Europe

In order for the ideas of neutralism and non-alignment to serve the security and well-being of Europe in the longer term, they must survive the current low phase. It is therefore important that:

2. The remaining few non-aligned countries in Europe remain on course and retain as many elements of a neutralist policy as possible;

3. Political and operational space for all sorts to be held in European security ad hoc and project-based manifestations of neutralism.