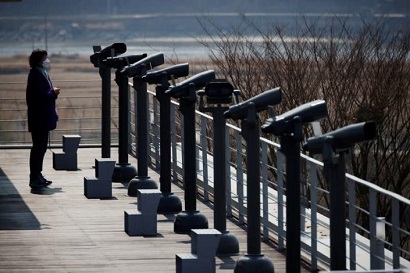 The South Korean military said Sunday it had spotted the trajectories of what appear to be North Korean fire, possibly from multiple missile launch systems (MLRS), Reuters reported.

South Korea’s joint headquarters said the shooting was spotted after 6 p.m. local time and the military had increased surveillance and alert levels.

North Korea has tested a range of missiles this year, from its largest ICBM to small IRBMs. All are banned by UN Security Council resolutions that imposed sanctions on North Korean missile development.

Much of the area around Seoul, the country’s capital and home to about half of the country’s 52 million people, is within range of North Korea’s long-range guns and multiple-missile systems.

The US has about 28,500 troops stationed in South Korea where they train alongside South Korean troops to counter North Korea. The Allies conducted their own missile exercises in response to some of North Korea’s earlier launches.