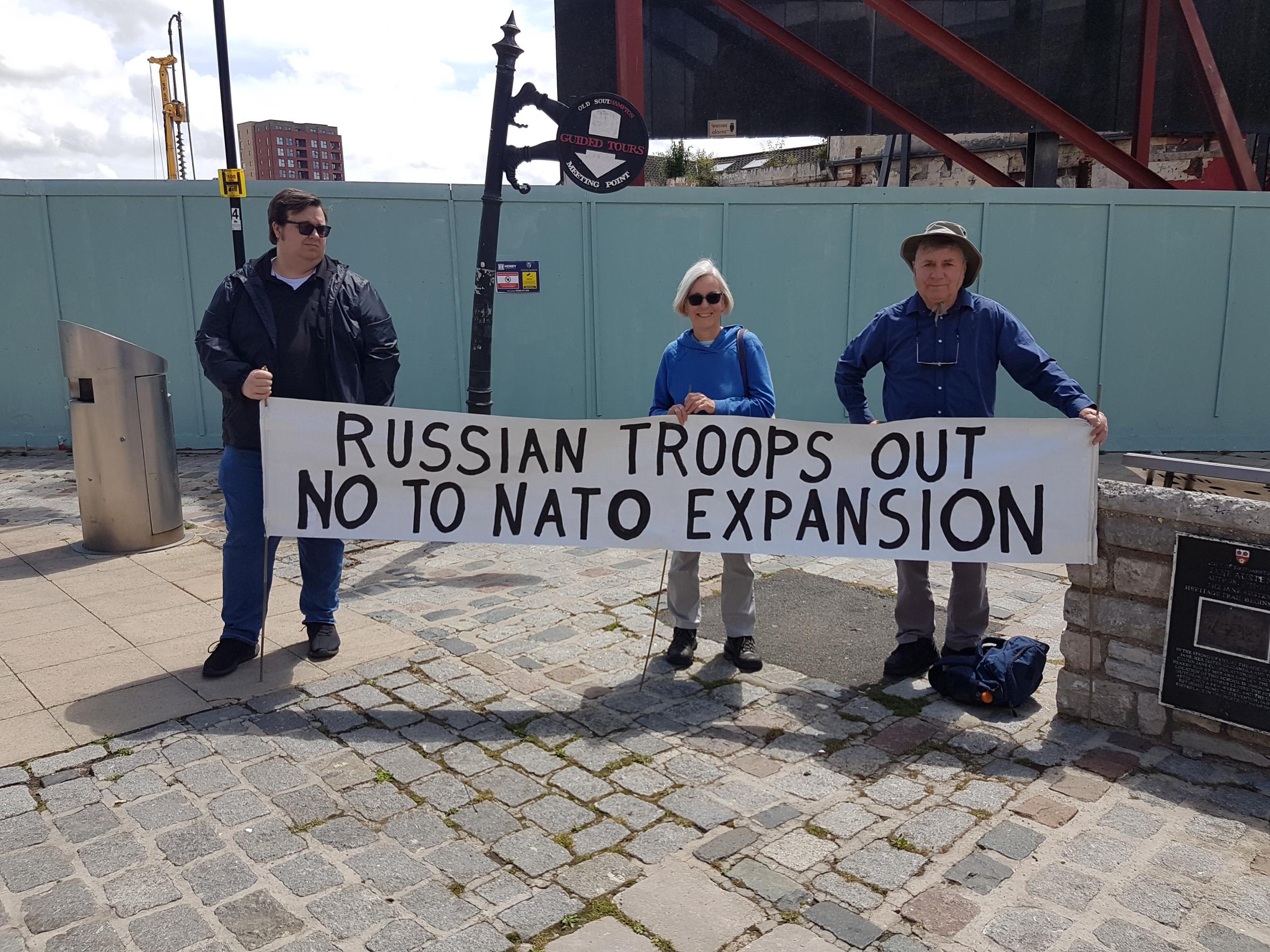 A rally was held in Southampton yesterday calling for an end to the war in Ukraine.

Activists from the Stop the War coalition gathered at the Bargate between 12:00 and 1:00 p.m. to hold a peaceful demonstration.

War has raged in Ukraine since Russia invaded the country on February 24.

According to the UN, the conflict has forced around 5.3 million people to flee.

Helen Field, 68, said the rally was part of the International Day of Action.

The Totton resident, who is also leader of the Unite Community of Southampton, said she didn’t want the war to escalate any further, claiming the only way to get that is to call for negotiations.

She said: “We are calling for peace in Ukraine, we don’t want to escalate this war, we want the war to stop and the only way to end the war is peace, not troop and missile and weapon build-up into the country, so we want to de-escalate it and we want negotiations to happen.”

Abe Clariana-Piga, 72, who has lived in Southampton since 1977 but is originally from Chile, said: “Everyone around the world is affected by this war.

“People in Ukraine are affected, people in Russia – especially young people – [who] being sent there to kill and be killed, and in our country as we send millions of pounds worth of arms at a time when so many people are starving, can’t fill their cars or can’t pay their bills.”

Shirley Franklin, 72, of Brockenhurst, has been a member of Stop the War since the war in Iraq and Afghanistan.

Stop the War is a British group formed in September 2001 shortly after 9/11 to campaign against what they believe to be unjust wars.

A message from the editor

Thank you for reading this article – we appreciate your support reading the Daily Echo.

Subscribing to Echo means you’ll have unlimited access to the latest news, features and Saints coverage – all with an ad-bright website.

Don’t take my word for it – subscribe here to see for yourself.