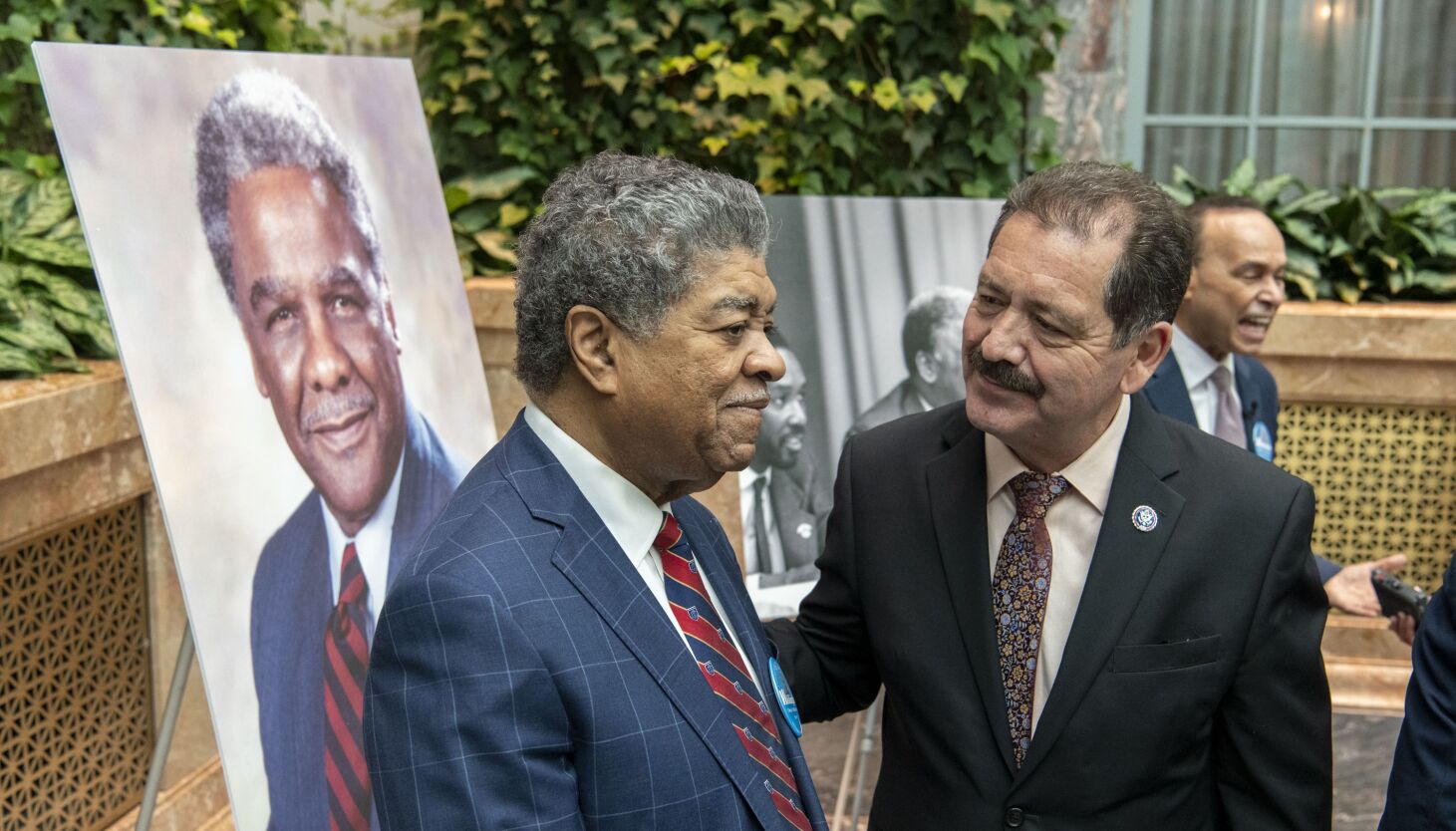 The celebration of Harold Washington’s legacy marks his historic election

On the anniversary of Harold Washington’s historic election as Chicago’s first black mayor, the city’s political dignitaries gathered to celebrate the mayor’s legacy.

Washington’s April 12, 1983 election was national news and a touchstone for a generation of Chicago politicians, many of whom were present at an anniversary celebration at Washington’s eponymous library branch in the South Loop. The event was billed as a centenary in advance of what would have been Washington’s 100th birthday, which falls on Friday.

In her keynote speech, Mayor Lori Lightfoot commended Washington’s legacy with a long list of progressive achievements that have provided access to city contracts for women and minorities, provided city services to residents regardless of immigration status, created ethics codes, and provided access to public records supporting the paved the way for further reforms. Lightfoot, who became the first black woman and first openly LGBTQ person to win the mayoral election, drew parallels with Washington’s reform legacy.

“He showed us how to build a progressive coalition through good values ​​and bringing people together,” Garcia said.

Among the hundreds who gathered in the library were minor players in Washington’s administration. Former Chicago Police Officer Frank Lee headed Washington’s security detail. Lee had volunteered to provide security for Washington when the then-congressman became a first-time candidate, a duty that became more dangerous as Washington rose in the polls during the racially charged campaign.

The threats never abated, even when Washington won a second term in 1987.

Lee was at Washington’s side in November 1987 – when the mayor collapsed at his desk during a meeting with staffers – and gave Washington mouth-to-mouth resuscitation before assuming command of the mayor’s trip to the hospital. Washington died at Northwestern Memorial Hospital.