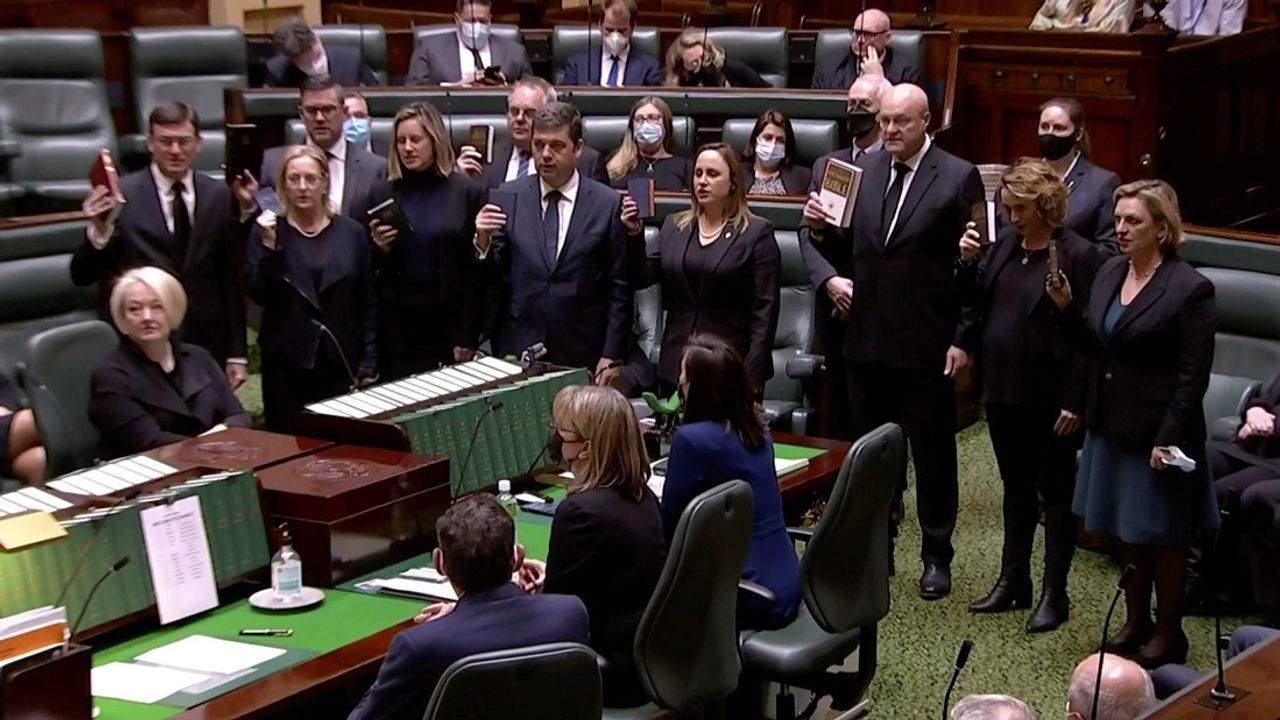 In Australia, as in the United Kingdom and other parts of the former British Empire, the death of Queen Elizabeth II after seven decades as the country’s official head of state comes at a time of deepening economic, social and political crisis.

One aspect of Australia’s extraordinary widespread coverage of the death of the Queen and the accession of King Charles III. is a desperate political red herring that seeks to dumb down critical thinking and convey a false image of national unity.

All of the corporate media, not the least of which is the government-funded Australian Broadcasting Corporation, has subjected the populace to saturation propaganda, complete with endless prepackaged packages idealizing the Queen – one of the world’s wealthiest people – as a virtual saint who selflessly serves the people up to the end of her life.

However, this campaign fails to bury the social reality: the ongoing COVID-19 disaster, the US-NATO proxy war against Russia in Europe, and the escalating US confrontation with China, as well as the steepest decline in real wages and living standards, the one rising caused by working class struggles.

The money squandered on the archaic pomp and ceremony – including multiple military gun salutes – to mark the transition to a new monarch stands in stark contrast to demands from the financial elite, pushed through by the Labor government, that workers taking cuts in real wages is another “hard medicine” to pay for the spiraling inflation and fiscal debt spurred by the Ukraine war and massive corporate bailouts during the pandemic.

Indeed, the scale of the media operations to praise the Queen and the accompanying attempt to reshape her elder son’s image is indicative of an underlying political crisis, now compounded for the ruling class by the Queen’s departure became long-lived monarch.

Nervous, the Queen has been variously described by media commentators, editorials and politicians as the “anchor”, “ballast” and “bedrock” who held society together for 70 years amidst economic, political and social turmoil. She is also credited with transforming the fading Empire that once ruled vast territories around the world into the Commonwealth, a more civilized front for the pursuit of British imperialism’s predatory interests and ambitions.

Her 73-year-old son Charles will inherit the Queen’s vast wealth as well as her crown, but has little popular support. He is anxiously portrayed as the new king who will emulate his mother in supposed devotional service to the people while carefully remaining politically neutral, “above the battle”.

In a sign of concern in ruling circles, shared internationally, Prime Minister Anthony Albanese promptly announced that he and Governor-General David Hurley, the Crown’s ex-military representative, would be flying to London for the funeral and for talks with world leaders.

As if to underscore the anti-democratic nature of the monarchy, Australia’s federal and state parliaments were quickly put on hiatus, apparently in compliance with “protocols” that provide for such closures for the official lengthy mourning period following the death of a monarch.

In a further attempt to create an atmosphere of general mourning, Albanese declared September 22 a one-time public holiday to mourn the Queen’s death.

The Labor Prime Minister, although a self-confessed Republican, has been second to none in expressing the ruling elite’s gratitude to the Queen and the Royal House as an institution. After a wreath-laying ceremony at Parliament House on Saturday, attended by Liberal-National opposition leader Peter Dutton and a host of diplomats, Albanese lamented what he described as a “huge loss” of a “constant reassuring presence.”

Despite British imperialism’s long history of violent crimes of conquest and plunder in Ireland, Africa, the Caribbean, Asia and Australia, Albanese stated that “the Queen was admired around the world not only as our Head of State, the Head of the Commonwealth, but… for her tremendous contribution over 70 years as the longest-serving sovereign of the United Kingdom and Commonwealth.”

Albanese even praised King Charles III. for his “extremely apt words” in his televised accession speech, in which Karl praised his mother for “the affection, admiration and respect she aroused [that] became the hallmark of their reign.”

Throughout the coverage there was no mention of the ongoing brutality of British and Australian imperialism under the royal flag, from the brutal four-year suppression of Kenya’s Mau Mau rebellion after the Queen’s first accession to the throne in 1952, to the protracted bloody occupation of Northern Ireland which Falklands/Malvinas War of 1982 and numerous criminal wars in Afghanistan, Iraq and elsewhere where Australian troops joined US and UK-led invasions.

There was one limited exception. In which Saturday newspaper, Rick Morton reiterated the general theme of the media campaign, saying the Queen has “remained a symbol of relative permanence in a time of global turmoil and technological advances,” while indirectly referencing that malign imperialist record. He noted with concern, “Though loved by many, Elizabeth is also the colonial figurehead whose empire reigns over stolen lands, stolen wealth, and the continued subjugation of people long after their bannered armies have departed.”

The obsequiousness of the media and political establishment is a measure of Australian capitalism’s dependence on the myth of a “constitutional monarchy” – the myth of a largely ceremonial role above Parliament and its increasingly discredited parties. At the same time, the ‘reserve forces‘ of the former absolute British monarchy are retained to intervene in serious political crises, as happened with the dismissal of the Whitlam-Labour government by the governor-general in 1975.

The Queen’s death came amid a developing fragmentation of the entire political establishment. This year’s May general election highlighted the implosion of support for the two main parties of capitalist rule – Labor and the Liberal-National Coalition – after decades of consecutive governments have imposed ever-deeper attacks on working-class conditions. Their combined primary votes fell to an all-time low. Labor barely made it into office after receiving less than a third of the vote because it had no public mandate for its austerity and war program.

A revealing note of concern over the Queen’s death was registered on Saturday by Paul Kelly, the Murdoch Empire’s editor-in-chief Australian. “Upholding the monarchy in a world that demands social justice, democratic accountability and a war on white inherited privilege has been a daunting task,” he warned.

The monarchy, Kelly admitted, was a “triumph of optics.” To elevate the Queen, “an efficient, highly political operation by Buckingham Palace” had carried out “one of the most successful public relations efforts in modern history”, aided by “symbolism and secrecy”.

Such ‘optics’ will not help, even if the Labor government and its union partners continue to cling to the aura of monarchy as they attempt to impose drastic ‘sacrifices’ on workers and threaten them with the threat of another, even more catastrophic, world war. Crucial working-class struggles lie ahead throughout the capitalist political and economic order, notwithstanding the efforts of the ruling class to glorify the monarchy.

The working class must have a political voice, which the Australian ruling class is trying to suppress with this legislation.