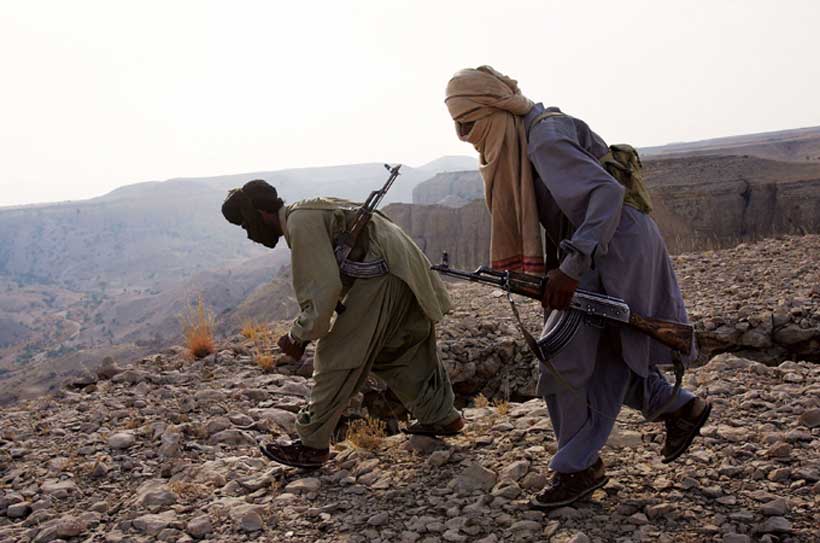 Nonviolent resistance is a generic type of nonviolent movement that involves conflict transformation. Conflict transformation aims to change the dynamics of the conflict and the relationship between the parties and create favorable conditions to bring both parties to negotiations. One way of achieving such conditions can be to take omission and commissioning actions. These actions can convince the opponent to decide to resolve the conflict as quickly as possible. Non-violent resistance can affect the functioning of the state and society if it is waged against occupiers, state governments or colonizers. This cannot be pursued further in the case of power asymmetry. The strong group can use force to suppress the weaker one. It can cause mass bloodshed, mental and physical harm, and widespread chaos. Power asymmetry could give the strong group leverage to do what they see fit and make “others” comply with their unnecessary demands.

Excluded and oppressed communities can voice their grievances and demand equal treatment and social justice through nonviolent resistance. It is one of the most effective tools in the field of nonviolence. Direct involvement in opposition to physical and structural violence and all injustices without resorting to physical violence. It can also contribute to conflict transformation as their techniques share a common goal, social change through peaceful means. Conflict transformation can also lead to power shifts that can defuse or de-escalate the conflict. This can bring both parties to conflict resolution. In addition, “direct action” challenges the existing methods of conflict resolution such as courts, legislation, mediation, negotiation, etc. It confronts the status quo and can disrupt the law and order.

Nonviolent resistance is not only resistance to physical violence, but also to structural failures. Tolstoy, Quaker, and Thoreau have maintained that the authority of any ruler or regime depends on the subservience and obedience of the “ruled.” In non-violent resistance, this subservience is abolished through non-cooperation and civil disobedience such as boycotts, strikes, and tax resistance. This prevents the government from acting.

Since 1945, various social movements gained momentum to achieve different goals, such as Gandhi’s independence movement, civil rights movement, etc. During this period, two main concepts of nonviolence were developed: principled nonviolence and pragmatic nonviolence. Principled nonviolence is the approach that argues for resorting to nonviolent resistance for religious, moral, and philosophical reasons. It states that violence should be avoided because it is brutality against man and nature. People should be at peace mentally and physically. They should believe in the truth and pursue non-violence as a goal in life. Gandhi followed the same principle of non-violence. He believed in self-transformation, harming himself to achieve his goals, and opposing violence without using it. He believed in conflict transformation through extremely peaceful means. On the other hand, pragmatic non-violence promotes the idea of ​​tactical action. It states that nonviolent struggle should be properly planned and strategized. A balanced approach should be used, using peaceful means such as negotiation and dialogue coupled with non-violent actions and tactics to challenge society’s power dynamics.

Nonviolent resistance or any nonviolent movement can enlist foreign support to put pressure on the opponent. This is an essential element of NVR. But the interveners should be impartial and support the legitimate group. They work primarily to support low-power groups. If foreign interveners are found to have made any gains from their assistance, the NVR will be deemed inadmissible. Foreign aid can be effective in many cases. It can reduce the intensity of violence, put opponents under pressure, sanction repressive regimes and play a powerful role in negotiation processes. And if both parties to the conflict have good faith in the third party, a mediation process can lead to a conflict resolution.

NVR gives courage, political and social awareness and power to the oppressed. It is also called the power of the powerless. Actions and campaigns such as protests, marches and demonstrations mobilize local people and create unity among them. In addition to the symbolic expression of complaints, the subjects can engage the opponent in meaningful dialogues and convince him. Logical arguments paired with symbolic resistance to injustice can convert opponents and bring about social change. However, when the conflict is interethnic or asymmetric, these strategies may not produce sufficient social change.

The promotion of democratic practices, peaceful means of eliminating hatred, revenge and hostility in the post-war period is a positive aspect of many nonviolent movements. Changing attitudes and behavior can prevent the conflict from reoccurring. Therefore, a post-revolutionary reconciliation is essential for a lasting peace.

In her article Nonviolent Resistance and Conflict Transformation in Power Asymmetries, Veronique Dudouet has comprehensively established a connection between nonviolent resistance and conflict transformation. The author has found that NVR and conflict transformation go hand in hand because they share the same motive. She argues that a combination of NVR and conflict transformation techniques can be effective, but cannot properly be practiced in an undemocratic state. This is rightly said, because when a state is undemocratic there will be a power asymmetry. The dominant group could be a coercive dictator or an occupier, in which case the dominant group could be violently coerced to suppress nonviolent resistance. This could lead to bloodshed, disturbances of law and order and unjust imprisonment. As the Amritsar massacre and many such incidents clearly show. Gandhi was a supporter of the non-violence movement against the British Raj, he did not encourage any of his followers to take up arms. Even then, the movement had to sacrifice many of its soldiers in battle.

Dudouet explains that Gandhi believed in self-transformation and endured violence without using it. Gandhi theory holds that Satyagrahi fights injustices, negotiates peacefully, and invents solutions together. In this realistic world, this concept is extremely idealistic to understand. When the dominant group consistently uses violence to disrupt the nonviolent movement, the dominated must take up arms to survive. Such circumstances could affect foreign powers who may exploit the situation to their own advantage. Any side they support will lead to a chaotic situation. It is possible that involvement in or support for foreign intervention renders the NVR illegitimate to oppressors. This affects the cause of the nonviolent movement, and when it goes against state authority, the whole movement can be seen as sabotage against the state. The Balochistan Liberation Movement is not a fully non-violent movement, but has been labeled a national security threat due to foreign support. Since its demands are genuine, the movement has lost its purpose and legitimacy.

The article under consideration mentions that many nonviolent campaigns have resorted to guerrilla tactics and lost their purpose and direction. They did this when the NVR became unsuccessful. The urge to pursue two extreme approaches can be detrimental to the cause and purpose of the oppressed. To be successful, a balanced approach should be taken. If it is necessary to use force to achieve something or to prevent the opponent from doing something, it should be done. There shouldn’t be a rule of thumb in NVR and conflict transformation that you have to follow. And practically it is not possible. From a realistic perspective, every movement and action in international politics is interest-based. If survival is the interest, one should acquire every strategy to achieve it. Few analysts assume that Gandhi is working for his own political interests and call him a clever nonviolent tactician. They argued that he exploited the events of killings, arrests, the Amritsar massacre and other gruesome damage done to his followers to gain more popularity and support across the country.

The author has provided a detailed analogy between conflict transformation and nonviolent resistance in power asymmetry, but has not proposed any recommendations for transforming conflict into intense power asymmetry. This is a gap in this article. As the author has made clear, in undemocratic states NVR is a powerful tool to resist oppression, but it is not very effective. The most appropriate recommendation for this purpose is a balanced strategy. It should include peaceful means of conflict resolution and power-sharing, coupled with violent/guerrilla tactics when necessary. However, offensive attacks should be avoided when the parties are heading towards the negotiating table. Good faith should be established at this time.

Nonviolent resistance and conflict transformation aim to achieve the same goal, namely peace. Not only is it important to express grievances in different ways, but also to understand the perspectives and concerns of others. The article makes it clear that nonviolent resistance and conflict transformation are effective, but can become useless in asymmetric conflicts. Therefore, different strategies should be followed to make it practical and achieve the set goals.