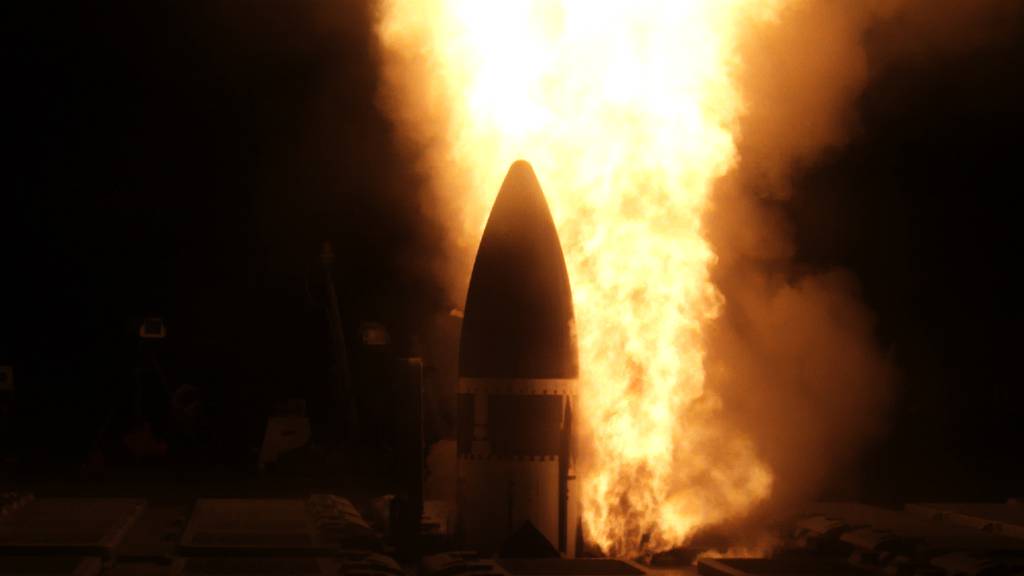 The budget proposal is down slightly from last year’s proposal of $ 9.2 billion, but Congress has injected $ 1.3 billion into the agency’s budget in its FY21 spending bill. For the next year, the agency is asking for $ 7.16 billion for research, development, testing and evaluation, $ 1.24 billion for procurement and $ 502 million for operations and maintenance.

Major efforts in FY22 include $ 926.1 million to develop a next-generation interceptor for the U.S. mid-course ground-based defense system in Alaska and California.

The MDA has selected Lockheed Martin and Northrop Grumman to win head-to-head races for a contract to build the NGI with a plan to bring the system into operation in 2028. The funding will be able to take both competitors through a critical phase of design review. Vice Admiral Jon Hill, director of the Missile Defense Administration, told reporters at the Pentagon on May 28.

The agency is calling for $ 1.9 billion in support of the ground-based midcourse defense system. This includes plans to upgrade and replace ground systems infrastructure, fire control and killing vehicle software, which leaders hope will contribute to a more reliable, powerful, and safer system.

The financing also includes the purchase of five boosters to “match the number of used [ground-based interceptors] does not decrease through the [five-year development plan]“, Describes a budget document of the agency.

MDA is also soliciting $ 61.4 million for GMD testing in FY22 and an additional $ 156.6 million for servicing and maintaining the GMD system.

The agency is also calling for $ 43.2 million to upgrade and test its Aegis Ashore capability at its test complex in Hawaii for implementation at operational locations in Romania and Poland. Romania reached operational readiness in 2016, while Poland’s readiness was delayed to “earliest” FY22 due to construction issues mainly related to a local contractor. This financing includes the work to strengthen the electromagnetic high-altitude pulse combat system at the Romanian location.

The Aegis testing program would receive $ 117.1 million if the application is approved.

The agency plans to fund $ 78.3 million to study systems that could aid the defense of Guam. “The funds support detailed threat and requirements analyzes, system development, trade studies, specification updates and risk management to provide support when INDOPACOM has specified requirements,” says the MDA budget overview. The Pentagon is finalizing details of this system.

Additionally, MDA is calling for $ 40 million to source long lead items in FY22 for the Defense of Guam. “MDA plans to begin sourcing materials common to the architectures under consideration, including components for fire control, radar technology and shared display processing equipment,” said a budget document.

The agency’s pursuit of hypersonic defense capabilities would also receive funding to advance a program in FY22. The MDA plans to spend $ 247.9 million to develop the ability to intercept the glide phase, other technology needed for a future architecture, and accelerate an operational demonstration of the ability to defend the glide phase using the Aegis- To support the weapon system.

A small amount – $ 14 million – would meet the North Command’s requirements for cruise missile defense in the home country. The money would help MDA begin the development necessary for the capability involving the use of the common tactical integrated fire control system.

The agency is also seeking $ 292.8 million to fund two satellite programs: the space-based Kill Assessment (SKA) project and the Hypersonic and Ballistic Tracking Space Sensor (HBTSS). SKA uses infrared sensors hosted on commercial satellites to determine if interceptors are successfully destroying incoming ballistic missile threats. Funding for FY22 will enable the agency to complete the development of the software code for operational hit scoring while further developing the killing scoring algorithms and threat models. The agency also hopes to complete the integration of SKA into the all-domain missile defense system.

The other satellite system under this funding is HBTSS, a component of DoD’s new Constellation of Proliferated Low Earth Orbit (P-LEO), which is being built in partnership with the Space Development Agency and the US Space Force to defeat hypersonic weapons. Hypersonic weapons pose a unique challenge to the military’s missile warning infrastructure because they appear too weak to be easily picked up by US Space Force satellites in geostationary orbit and to maneuver around terrestrial sensors. Under the Pentagon’s new architecture, the SDA’s tracking layer satellites – which operate much closer to the earth’s surface – can detect the hypersonic threats. The tracking custody is then passed from satellite to satellite as the threat crosses the globe before HBTSS takes the lead with its more advanced sensors that can create targeting solutions for interceptors.

MDA awarded $ 277 million in contracts to L3Harris and Northrop Grumman in January to build two prototype HBTSS satellites for launch in FY23. In FY22, MDA plans to further develop its tracking algorithm and to assemble and integrate the infrared sensors.

In addition to funding these two satellite systems, MDA is seeking $ 15.2 million to retire its two Space Tracking and Surveillance Systems (STSS) satellites. MDA used the program to demonstrate the ability to target and successfully intercept ballistic missiles using sensors in orbit. Launched in 2009, the two satellites have long exceeded their expected lifespan and continue to help MDA reduce the risk to future missile tracking and surveillance satellite systems and support integrated BMDS testing. However, exhausted fuel reserves and outdated control systems convinced the agency to finally end the program.

Jen Judson is the land war reporter for Defense News. It has covered defense in the Washington area for 10 years. She was previously a reporter at Politico and Inside Defense. She won the National Press Club’s Best Analytical Coverage Award in 2014 and was named Best Young Defense Journalist in the Defense Media Awards in 2018.