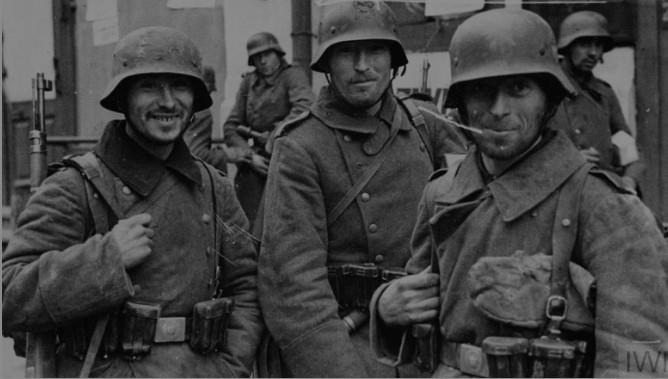 (MENAFN – NewsIn.Asia) Berlin, June 19 (DW): In memory of the upcoming 80th anniversary of Operation Barbarossa, Federal President Frank-Walter Steinmeier said that the suffering of the former Soviet population “should be burned into the collective memory of Germany” .

On Friday, Federal President Frank-Walter Steinmeier held a speech in the German-Russian Museum in Berlin-Karlhorst on the occasion of the 80.

For related items, join our WhatsApp group for the latest updates. – Click here

The museum is located in the same building where the German Wehrmacht signed the unconditional surrender to representatives of the Soviet Union, the USA, Great Britain and France on May 8, 1945.

â€œNobody mourned more victims in this war than the people in the former Soviet Union,â€ said Steinmeier, adding that the German war against the Soviets had been waged with â€œmurderous barbarismâ€.

“We are burdened that our fathers, grandfathers, great-grandfathers who waged this war were involved in these crimes,” he added.

On Tuesday, June 22nd, a wreath-laying ceremony will take place at the Soviet Memorial in Berlin-Pankow.

Representatives from 15 ex-Soviet states were invited to the exhibition on Friday. The Ukrainian ambassador Andrij Melnyk declined the invitation and described the museum location as an â€œaffrontâ€ because of its â€œRussianâ€ orientation and because the war persecution in other countries such as Ukraine, Belarus and the Baltic States was â€œsimply ignoredâ€.

What was Operation Barbarossa?

The attack involved 3.3 million soldiers along a 2,900-kilometer front, making it one of the largest invading forces in history.

As is well known, Adolf Hitler broke the non-aggression pact known as the Molotov-Ribbentrop Pact, which was secretly signed between Nazi Germany and the Soviet Union weeks before the war began in August 1939.

The German invasion less than two years later took the Soviets by surprise, and their troops were initially overwhelmed and suffered heavy losses before consolidating to block the German offensive.

The killing fields of World War II in Eastern Europe

Operation Barbarossa opened the Eastern Front in Europe, the largest of the entire war, which saw some of its most violent battles and atrocities until the surrender of Nazi Germany in May 1945.

An estimated 30 million people were killed on the Eastern Front – far more than in any other theater of war during World War II.

Russia celebrated the 75th anniversary of the defense of Stalingrad on Friday with somber monuments and patriotic military parades. Russian President Vladimir Putin was an unmistakable presence all day, laying wreaths, speaking to veterans and attending military parades. He can be seen here in front of the 85-meter-high statue The Motherland Calls in what is now Volgograd.

Soviet civilians in Nazi-occupied areas of Eastern Europe were subjected to brutal and arbitrary killings. Nazi racial ideology targeted both Jews and Slavs, millions of whom were executed or sent to concentration camps.

“From day one, the German campaign was driven by hatred, anti-Semitism and anti-Bolshevism, by racist madness against the Slavic and Asian peoples of the Soviet Union,” said Steinmeier.

“Those who waged this war killed in every possible way, with unprecedented brutality and cruelty,” he added. “It was German barbarism, it cost millions of lives and devastated the continent.”

This week’s commemorative event aims to draw attention to the suffering of the Soviet Union, which claimed the most casualties in World War II at 27 million, including 14 million civilians.

“Only those who learn to read the traces of the past in the present can contribute to a future that avoids war,” said Steinmeier.

“And yet these millions have not burned themselves into our collective memory as deeply as their suffering and our responsibility require,” said Steinmeier.

He added that after the war, many Germans did not want to hear about the suffering of the people in the Soviet Union, whose history had been veiled behind the Iron Curtain by the Cold War and the division of Europe.

Hitler hoped to repeat the success of the Blitzkrieg in Western Europe and achieve a quick victory over the vast nation he viewed as Germany’s archenemy. On June 22, 1941, more than 3 million Germans and Axis powers invaded the Soviet Union along a 1,800 mile front and started Operation Barbarossa. It was Germany’s largest invasion force during the war, representing about 80 percent of the Wehrmacht and the German armed forces, and one of the most powerful invasion forces in history.

Despite repeated warnings, Stalin refused to believe that Hitler was planning an attack and the German invasion caught the Red Army off guard. With a three-pronged attack on Leningrad in the north, Moscow in the center and the Ukraine in the south, German tank divisions and the air force gave Germany an early advantage over the numerous but poorly trained Soviet troops. On the first day of the attack alone, the Luftwaffe managed to shoot down more than 1,000 Soviet planes.

The German troops initially moved quickly along the huge front and took millions of Soviet soldiers as prisoners. The Einsatzgruppen or armed SS death squads followed the army and searched for and killed many civilians, especially Soviet Jews. Hitler’s instructions for the invasion included the commissar’s order authorizing the immediate execution of all captured enemy officers. Many Soviet prisoners of war (POWs) were also killed immediately after their capture, another practice that violated international war protocols.

The attack on Moscow

While making territorial gains, German troops also suffered heavy losses as the Soviets’ numerical advantage and strength of their resistance proved greater than expected. In late August, when German armored divisions were only 320 miles from the Soviet capital, Hitler, against protests by his generals, ordered the advance against Moscow to be postponed in order to concentrate on Ukraine in the south.

Kiev fell to the Wehrmacht at the end of September. In the north, the Germans (with the help of Finnish allies) managed to cut off Leningrad from the rest of Russia, but were not strong enough to take the city by themselves. Instead, Hitler ordered his troops to starve Leningrad to submission and began a siege that was to last about 872 days.

At the beginning of October, Hitler ordered the start of Operation Taifun, the German offensive against Moscow. The delay had given the Soviets time to step up their capital’s defenses with around 1 million soldiers and 1,000 new T-34 tanks. After a successful initial attack, the autumn’s muddy roads – known as Rasputitsa or Swamp Season – literally halted the German offensive outside Moscow, where it encountered improved Russian defenses.

In mid-November, armored divisions made one last attempt to encircle Moscow, approaching the city. But reinforcements from Siberia helped the Red Army repel the attack and finally stop the German offensive when the brutal winter weather hit. The Soviet armed forces launched a surprise counter-attack in early December, putting the Germans on the defensive and forcing them to retreat.

The failure of Operation Barbarossa

Despite its territorial gains and the damage inflicted on the Red Army, Operation Barbarossa failed in its main objective: to force the Soviet Union to surrender. Although Hitler blamed the winter weather for the failure of the Moscow offensive, the entire operation suffered from a lack of long-term strategic planning. Expecting a quick victory, the Germans had failed to build sufficient supply lines to cope with the long distances and rough terrain.

They had also underestimated the strength of the Soviet resistance, which Stalin skilfully promoted with his calls to defend â€œMother Russiaâ€. Hitler’s commissar’s orders and other reckless behavior by the Germans also served to consolidate the Red Army’s will to fight until the end.

The fighting on the Eastern Front was far from over, and in June 1942 Hitler ordered another major strategic offensive against the Soviet Union. Thanks to similar obstacles, this ultimately failed, with the Battle of Stalingrad in 1943 helping to turn the tide decisively against the Allies in World War II.

The uprising against Myanmar’s junta can be successful