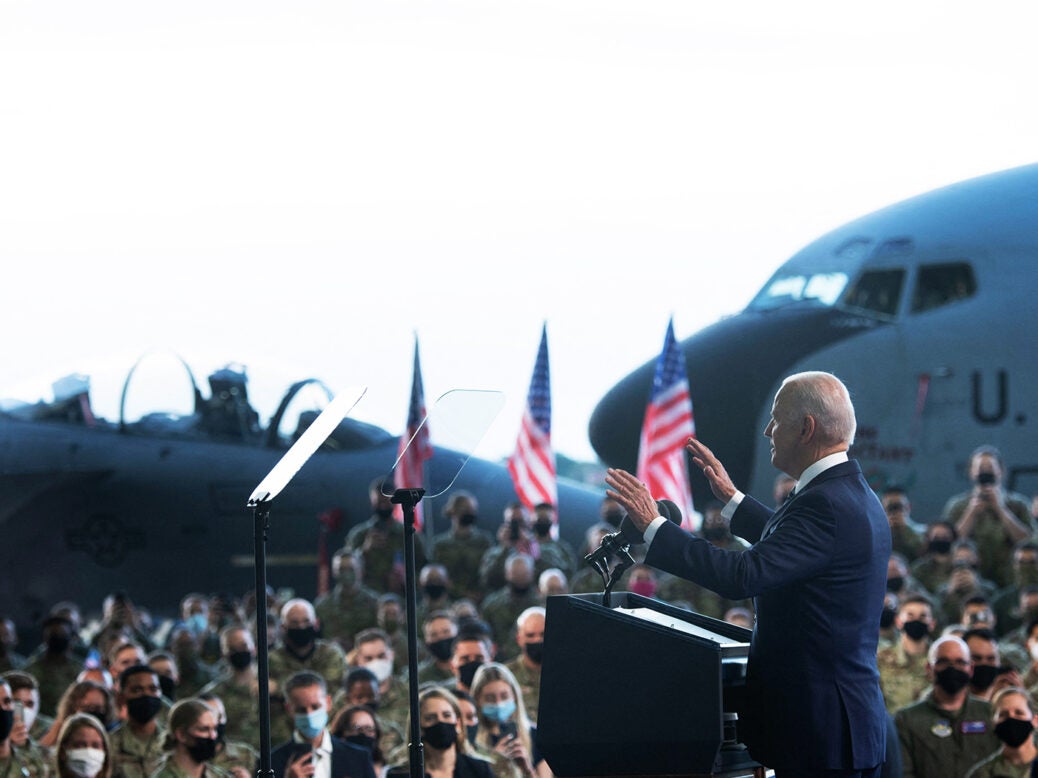 WASHINGTON, DC – Joe Biden took office as President with high foreign policy positions. The United States wanted to bring democracies together to counter authoritarianism. It would strongly oppose China. America was back and would work with its European allies.

A year later, America’s foreign policy focus is this: Russia has amassed troops on the border with Ukraine. The Biden administration has sent aid to Kiev, warning that an invasion may be imminent.

On standing up for allies, Britain has taken an assertive stance, warning that Russia is trying to install a pro-Kremlin leader in Kiev. But Germany has blocked Estonia from sending military equipment to Ukraine, and France has downplayed the threat of an invasion. All this means: the “Western” democracies are divided and Russia, not China, dominates the headlines.

In other words, the Biden administration has found that if the devil is in the details, so is the reality of foreign policy.

“I think what’s happened in the last few months is so much smaller — albeit still very significant — events can cast a whole vision, if not off course, then off kilter,” said Rachel Rizzo, senior fellow at Atlantic Council’s Europe Center.

[See also: Russia’s build-up at the borders of Ukraine is testing the West’s resolve]

The United States cannot focus more broadly on China and Asia and expect to cleanly exit or even reduce its ties in other regions, whether in the Middle East, Central Asia or Europe. The withdrawal from Afghanistan showed Washington – and Moscow – that.

If the Biden administration believed that Russia’s troop build-up on the Ukrainian border was an opportunity to show transatlantic solidarity, it was disappointed. The US has insisted it stands united with all its allies, but Germany has shown hesitation and France is beginning independent negotiating efforts. Russia’s threat to invade Ukraine is a clear test of Biden’s theory of democracies challenging nascent autocracies any way it can. Ukraine is asserting its right to national self-determination, and yet, despite protestations to the contrary, the US and its Democratic allies are struggling to be on the same side, let alone stay there.

The effects of the threatened Russian military invasion of Ukraine on the Indo-Pacific are also still unclear. Last summer, the surprising announcement of an Indo-Pacific focused pact between the US, UK and Australia (Aukus for short) caused a rift with France, with Australia terminating a submarine deal. Some analysts have since theorized that the Biden administration really wanted Europeans to focus on their own neighborhood and allow the US to focus on the Indo-Pacific and China. It obviously didn’t come to that.

The US has made offers to India to work together to counter China, and India has been increasingly compliant. But India is also a long-standing partner of Russia, from whom it obtains most of its armaments. So far, the US has made concessions and refused to allow India’s purchase of the S-400 air defense system from Russia in a bid to damage US-India ties, but it’s not yet clear whether further sanctions against Russia or tensions between Washington and Moscow will cause problems would cause .

America’s chaotic withdrawal from Afghanistan may have further shaken the confidence of its allies and partners. Certainly some worry that when it comes down to it, the US cannot count on standing by those it has made promises to.

It is also somewhat ironic that two of the foreign policy areas Biden was best known for when he served as Barack Obama’s vice president — Afghanistan and Ukraine — have proven to be such thorns in his administration’s side. Biden was known as both the figure who opposed the Afghan recovery and advocated support for Ukraine. As president, he withdrew from Afghanistan and is sending military support to Ukraine. Biden’s positions here are not surprising, but the US is not the only world power allowed to take a stand.

This does not mean that all is lost for the Biden administration’s foreign policy goals.

Barring the worst-case outcome — a Russian ground invasion — tensions over Ukraine are unlikely to undermine the administration’s efforts to realign US foreign policy toward the Asia-Pacific region and make strengthening Washington’s competitiveness vis-à-vis Beijing a top strategic priority undermine. said Ali Wyne, senior analyst at Eurasia Group. However, Wyne acknowledged that ongoing tensions between the US and Russia “could strengthen the Sino-Russian Entente, the momentum of which US politicians are trying to slow”. And it is quite possible that this latest crisis will strengthen transatlantic solidarity – and distrust of Moscow – in the long term.

Still, the reality remains that, as Rizzo said, the Biden administration came in with a “broad, comprehensive view of how the world should be and how we want to shape it.” “What we’ve seen,” she said, “is that the world shapes us and shapes our strategy, not the other way around.”