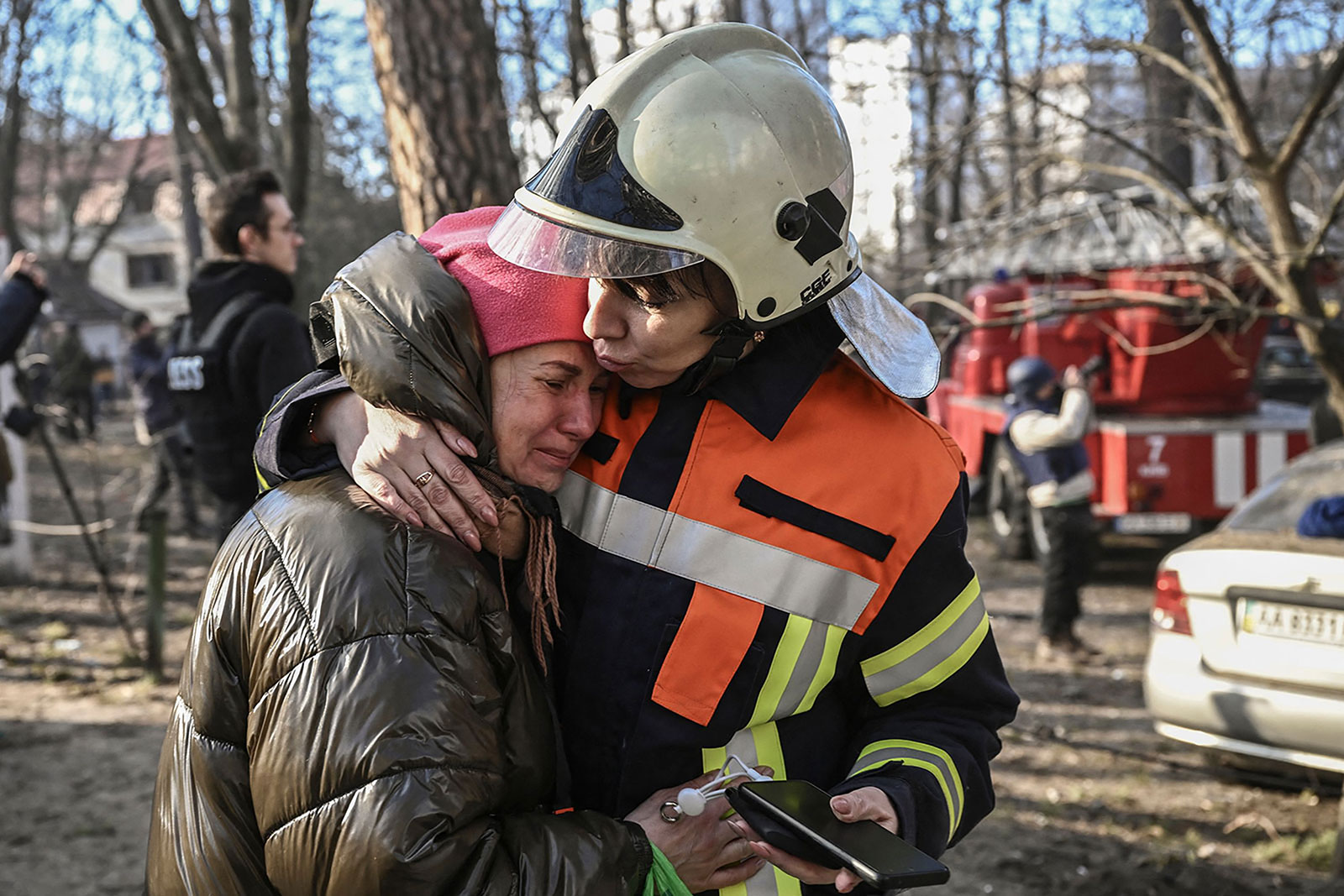 The official called Putin “reckless” and said he and his inner circle “had no concern for human life.”

“We know from Russia that Putin and his inner circle are absolutely ruthless people. They don’t care about human lives. They lie openly to cover up their military operations. Putin has completely changed his language towards the West and he has a deep hatred for our societies, for our values, so we really appreciate that he is dangerous and that the alliance is absolutely at risk,” the official said on Wednesday.

SHAPE is the headquarters of the NATO alliance’s military operations in Europe. It is located in Brussels, Belgium. Two SHAPE officials briefed reporters on NATO’s military stance and how they are responding to Putin’s invasion of Ukraine. The briefing comes ahead of US President Joe Biden’s trip to NATO headquarters in Brussels to meet with leaders of NATO allies as the Ukraine crisis lingers.

The war has created a “new reality” for NATO allies, another SHAPE official said, echoing the words of Secretary General Jens Stoltenberg at a news conference earlier Wednesday.

“You were just listening to the SecGen presser and he said it’s a new reality and we need to reset our defenses and deterrence stance,” the second SHAPE officer said. “This is an enduring and profound change in the European security landscape and SecGen said the same.”

Officials said it was too early to predict how NATO would permanently shift its military troop posture across Europe as a result of Putin’s actions, but they spoke of how stances had shifted so far to reinforce the eastern flank, where allied NATO countries border Ukraine to ensure they are prepared for any scenario that the war in Ukraine could cause for the NATO countries.

With the NATO Response Force activated for the first time in NATO history, “40,000 troops” are now working in NATO allies along the eastern flank for the “collective security, collective defense” of all NATO allies, not just their own nations . There are eight battle groups, one in each eastern flank country, that are part of this NATO Response Force activation, the second SHAPE official said.

This is a “tenfold increase” of what was in place before the invasion of Ukraine, the official added.

“In the land sector, in the land forces, there are now 40,000 troops in these eight battle groups, one in each country along the eastern flank, which is a tenfold increase over what there was before the Russian invasion. said the second SHAPE officer.

“There are over 100 additional aircraft in the air,” the official said.

“We always do what we call air policing,” the official said, but now that the invasion has begun, eight planes are flying to give the alliance “24-hour air presence on the eastern flank.”

In the waters around NATO-allied countries, the alliance “has 25 ships at any given time patrolling the waters and providing a 360-degree deterrent,” the official said.

“In addition, there are usually about 150 ships from NATO countries that can also cruise the waters and go back and forth under NATO command and control,” the official added.

While it’s still too early to say what the permanent changes to NATO’s force composition will be as a result of Putin’s invasion, the official said the current force composition is “at least” a good “starting point” for how things look long-term could. Expression.

“We are preparing for the worst, but we are doing everything we can to ensure that the worst does not happen,” said the first official.