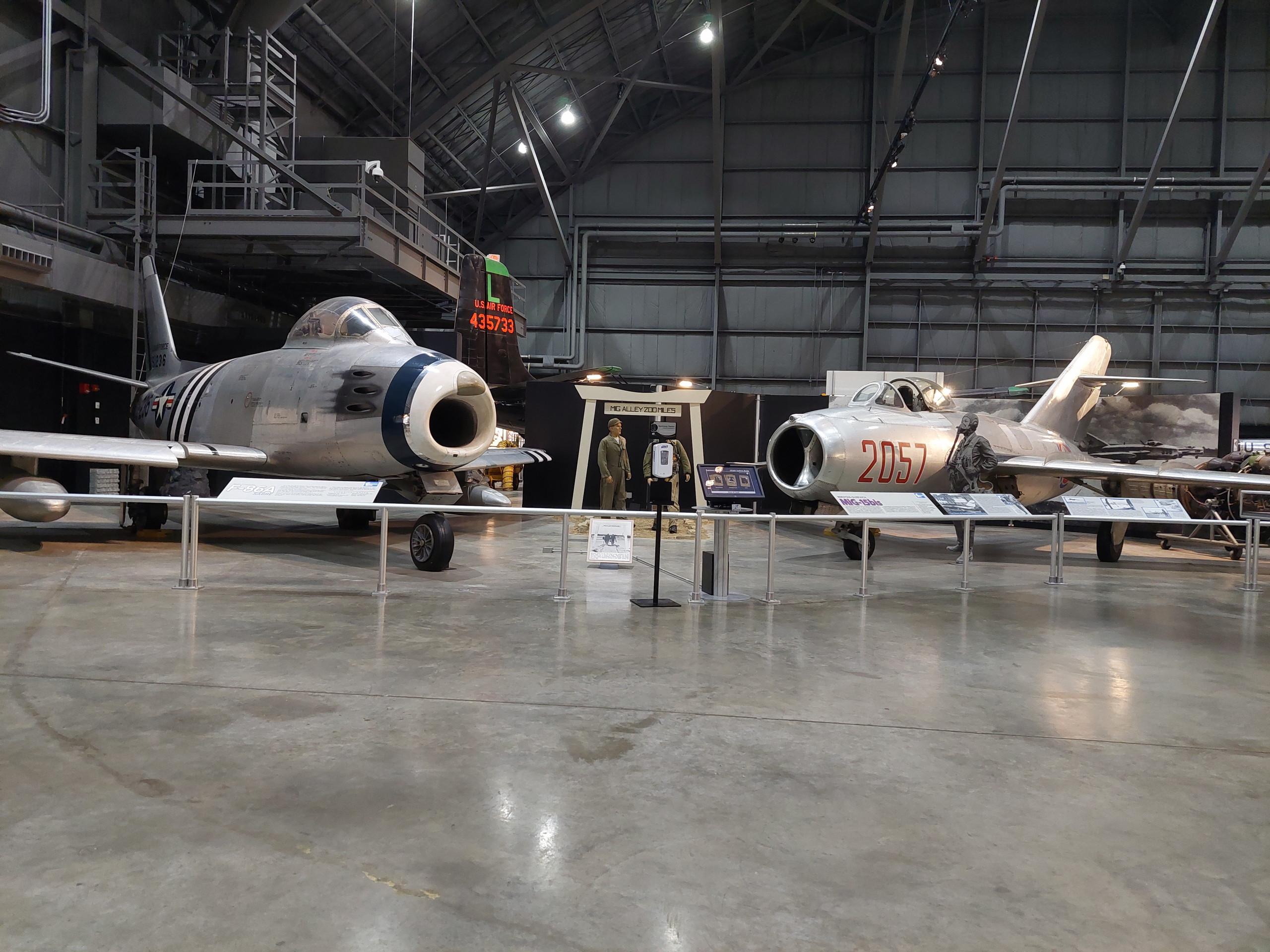 Not least thanks to a Soviet design team called Mikojan-Gurewitsch, or “Mikojan”, or “MIG” for short, and a particularly charitable donation that they received from the British post-war government of all people.

Like so many of the great Allied air carriers that dominated post-war airspace, Mikoyan-Gurevich honed her aircraft building skills over the devastated skies of Europe during World War II. The war served as a testing ground for the still young design office, which had been established in Poland just a few months after the German invasion.

Between the piston-powered MiG-1 and the upgraded MiG-3, over 3,500 models produced formed one of the many defensive walls that the Soviet Union used against the advancing Axis powers in battles like Stalingrad and Kursk, and large swarms of Soviet T-34 tanks used in the largest tank battle of history fought. By the end of the war, it was evident that jet engine technology was the path to air superiority. It was a field the Russians were slow to get used to at first, until the Russians received some unexpected, but no less welcome, help from the British.

The Rolls Royce Nene Turbojet was a technological marvel of its time. The kind of kit that even Americans were jealous of when they asked permission to copy the design for their Pratt & Whitney J48 engine. One would assume that the heads of government who funded such a design would do anything to keep it a secret. But then again, you haven’t met The Right Honorable Clement Richard Attlee, Winston Churchill’s successor after the Allied victory in Europe.

In a gesture of “goodwill” that made the US military look in the face with every fiber of its being, the parliamentary leaders offered the victorious Russians the blueprints for the design of the Nene. Soon after, boxes full of jet engines arrived on Russian soil. In a move that in retrospect did not surprise anyone, the Soviets used the replica engine to kill enemy British pilots just a few years later. Smooth move, right?

The airplane that would do the dirty deed is well-known by almost all military vehicle fans. The MiG-15, whose NATO callsign is so unfortunate from a modern point of view that you just google it, was ready and ready to fight when the hostilities in the skies over the 28th. 9, but this pre-Korean War jet was not based on the Nene platform and was so slow and pig-like that the communist forces decided to leave it out of the Korean conflict.

In the early stages of the war, the skies over Korea were a slaughterhouse. Allied pilots in their Gloster Meteors, Lockheed Shooting Stars and Republic Thunderjets did their best to fend off the threat posed by the MiG-15. But these early jets were objectively outperformed in almost every possible metric. American leaders were put to shame during the war by fear of losing air superiority. So much so that the prototype of the North American YP-86, soon to be renamed the F-86 Saber, was quickly put into service before flight testing was complete.

The MiG-15 and F-86 would become one of the most iconic combinations of enemy fighters ever seen in combat, on par with the Spitfire versus the Messerschmitt 109 or the Grumman Hellcat versus the Japanese Zero. A ceasefire would put an end to this war, and the construction of the second generation of MiG-15 fighters, known as the “bis”, resulted in the faster and more advanced MiG-17 with the NATO callsign Fresco.

The MiG-17 was larger, had longer and more aerodynamic wings, and was slightly wider than its predecessor. Even so, the MiG-17 used an engine based on the same Rolls-Royce engine that powered the MiG-15. In the faster MiG-17, this engine could propel the aircraft to the jagged edge of the sound barrier or Mach one. Like its predecessor, the MiG-17 in its F-4 Phantom IIs, F-100 Super Sabers and F-105 Thunderchiefs would become a complete nightmare for American pilots over the skies of their next great war in Southeast Asia.

In a move that came as no surprise, Britain would never again be so benevolent to the Soviet military. Britain would stand by the Americans as bitter enemies of communism for the remainder of the Cold War, their potential air dominance on the battlefields of the early post-war era shrouded in fog. If you’ve ever wondered why the U.S. military was so hesitant today about letting another nation touch the F-22 Raptor stealth fighter, look no further than the British post-war parliament as a classic example, the brave old fools.

The Cop26 message? We trust big companies, not states, to solve the climate crisis | Adam Tooze

In the new revolt in Sudan, women and youth will settle for nothing less than full civil rule