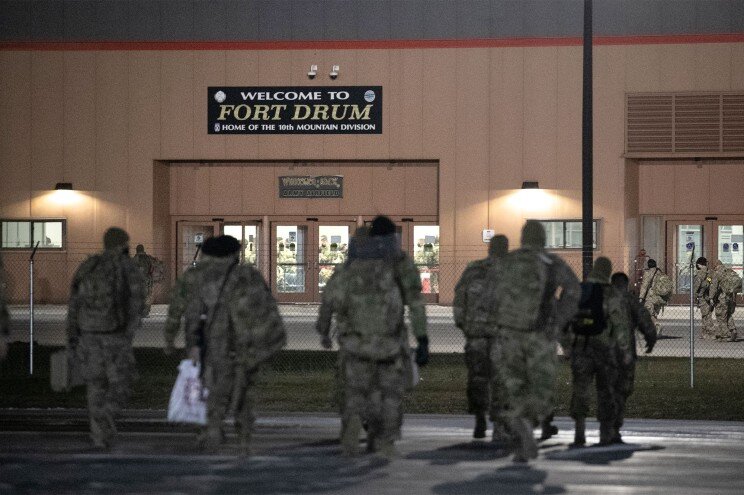 THREE suicides in TWO days in ONE US Army division

TEHERAN – The US Army’s 10th Mountain Division in Fort Drum, New York reported the suspicious deaths of three US soldiers within 48 hours.

According to the Military News report, one of these soldiers was among the last US troops to leave Afghanistan. Tyler Thomas, a 21-year-old signal support specialist from Texas, died on September 16. Two other soldiers also died the next day: Angel Green, 24, from Barstow, California, and Sika Tapueluelu, 26, from Washington.

10th Mountain is still investigating the cause of death, but Lt. Col. Josh Jacques, a division spokesman, said all three are believed to have died of self-harm.

A spokesman for the 10th Mountain Division said troops from the division were present at the Hamid Karzai International Airport in Kabul and left the airport in the final days of the US withdrawal from Afghanistan. This was Angel Green’s second mission in Afghanistan. He had also been deployed to Qatar once before.

The three consecutive deaths have exacerbated the military’s difficulty in reducing the death toll and the risk of suicide among service members and veterans. Earlier this year, a Brown University study found that more than four times as many soldiers and veterans who served in the Iraq and Afghanistan wars died from suicide than were killed directly in the conflicts.

In a press release, Maj. Gen. Milford Beagle urged soldiers to report themselves if they had problems.

“To the soldiers of Fort Drum, the 10th Mountain Division and our entire army, I want you to know that every life is worth living!” he wrote. “When you have problems, challenges, or problems, there is help down this chain of command to help you get the resources you need. Don’t suffer in silence.”

“10th Mountain carried some of the heaviest burdens of the Afghan war. For nearly 20 years, soldiers from the division were either stationed or preparing to deploy there.” He added.