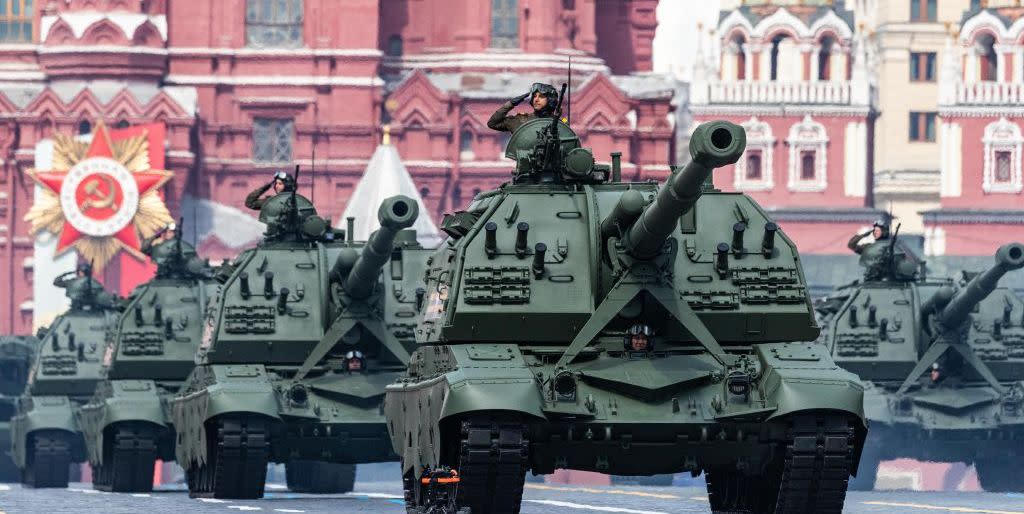 Russia is buying millions of artillery shells and missiles from North Korea, US intelligence says. Moscow, which uses tens of thousands of shells a day in its invasion of Ukraine, is apparently so empty that it now wants to buy them from the repressive regime. The invasion, which has already entered its sixth month, has lasted much longer than Russia originally planned, and Russian forces are now running out of critical ammunition.

the washington post, quote Recently declassified US intelligence reports that Russia is buying “millions” of short-range missiles and artillery shells from North Korea. The post quoted an unnamed US official as saying, “We understand that Russia may seek to purchase additional North Korean military equipment in the future.”

Russian military doctrine emphasizes heavy artillery bombardment of enemy forces to enable maneuver and suppressing enemy positions to make armor and infantry attacks successful. According to Ukrainian military figures, Russian ground forces and Moscow’s proxy armies fire 40,000 to 60,000 rockets and grenades every day. At least 8 million and up to 12 million ammunition have been used in the 201 days since the invasion began – until now.

Russian leader Vladimir Putin and his generals initially believed that the invasion of Ukraine would last only three days. Russian paratroopers were originally tasked with securing Gostomel Airport near Kyiv and quickly capturing the capital of Ukraine. This would have led to a collapse of Ukraine’s civilian – and eventually military – leadership and ended organized resistance in the country. Instead, Ukrainian forces recaptured Gostomel, forcing Russia to abandon its march on Kyiv, and recast the war as a long, hard war of attrition in the east of the country.

The war has now lasted 198 days longer than originally planned, and there is no clear end in sight. Russia is known to have vast stockpiles of ammunition, mostly dating back to the Cold War, but eight million artillery shells would damage even the best-prepared armies. Russia also uses fewer precision-guided artillery shells than Western armies, resulting in having to saturate a target with many shells when just a few precision shells would suffice.

North Korea is one of the most militarized countries in the world. Despite a population of almost 26 million, it has the the fourth largest military in the world with 1.2 million soldiers under arms. Artillery is an important part of the Korean People’s Army (KPA) firepower, and the KPA is starting estimated 20,500 artillery pieces, including 5,100 multiple rocket launchers, 4,400 self-propelled artillery and 7,500 mortars. The KPA has significant stockpiles of artillery shells and rockets to not only blast a route through the demilitarized zone, but also to bombard the South Korean capital, Seoul.

North Korea uses many of the same calibers of artillery as Russia, notably 122mm Grad rockets and 152mm howitzer shells. These are different calibers from US and NATO artillery, which typically use 227mm rockets and 155mm howitzer shells. North Korea adopted Russian calibers when it was a Russian Cold War vassal state and built up vast reserves of war hardware in the event of a second Korean War.

North Korean artillery sales are mixed. On the one hand, it shows how desperate Russia is to keep its war machine running; Not only may Russia be on the verge of depleting its reserves of artillery shells, its military-industrial complex cannot fire the guns on its own. It also shows that countries like China, which also produces 152mm artillery shells, have no interest in breaching Western sanctions against Russia and supplying it with weapons. Finally, the depletion of North Korea’s stockpiles of artillery shells leaves it vulnerable to supply shortages in a war of its own.

On the other hand, more artillery shells will prolong the war in Ukraine and make it more difficult for Ukrainian forces to retake their own country. North Korea, with an economy one-third the size of Delaware’s, could channel proceeds from sales into what many believe to be its most dangerous weapons: nuclear weapons. These weapons are aimed at North Korea’s enemies, particularly the United States.

Russia unlikely to buy arms from North Korea let alone Iran, was on everyone’s bingo card for 2022. Russia’s hungry war machine is taking desperate measures. But Moscow could have a surprise in store: 2010, after North Korea has bombed the South Korean island of Yeonpyeongauthorities discovered that up to 25 percent of the missiles were duds. That’s a high failure rate for a fairly simple rocket.