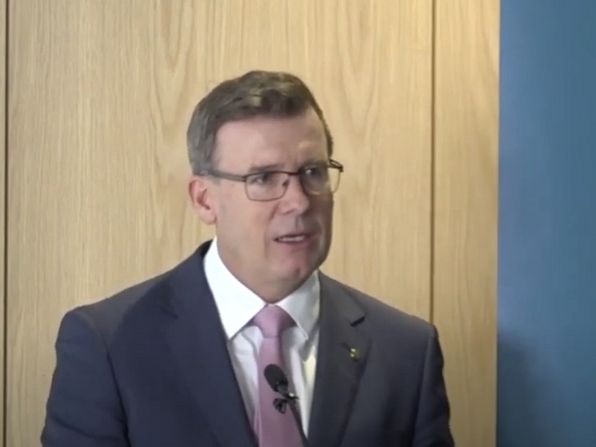 Education Secretary Alan Tudge goes on to argue that an obscure version of our history – one that students “can be proud of” – is the only one worth teaching is writing Dechlan Brennan.

IN ANOTHER round of endless coalition culture wars, Minister of Education and Youth Alan Tudge once again did everything possible last week to attack the national curriculum in Parliament.

During Question Time last Thursday, the Minister again criticized the Australian Curriculum, Assessment and Reporting Authority (ACARA). In an extraordinary tirade against an independent body, he passionately extolled the virtues of Australian history.

In a hyperbolic statement, he argued the:

“It is so important that these key principles … are embedded in our national curriculum so that students understand where our great democracy comes from, so that they can defend it.”

It is clear that the minister is arguing that a whitewashed version of our story – one that the students “can be proud” – is the only one worth teaching.

I want our national curriculum to reflect a positive and optimistic view of our history. See my answer today in Question Time ðŸ‘‡ pic.twitter.com/k5tV08kpbi

Mr Tudge went in on Friday with his opinion piece. one step further The Australian with the same disappointment he showed on the floor of the house. He began the article by noting his anger at the draft curriculum published by ACARA:

“It doesn’t raise standards, it has a negative view of our history … Simply put, I wouldn’t support it.”

For many, Australia’s history is full of horror.

While people of Anglo-Saxon descent have enjoyed a comparatively unscathed history, the same cannot be said for other groups. Aboriginal people were not allowed to vote until 1962. They were virtually no citizens denied the right to exist alike in the land they had occupied for 60,000 years.

While indigenous peoples were still expected to die for their lands in war, it is hard to imagine Minister Tudge speaking of this when he extolled the virtues of learning about our nation’s history.

Although Australia is a secular Commonwealth, Tudge noted that Christianity was not included in the draft.

He noted that the draft:

“Christianity weakened, although it was the most important factor influencing our modern development.”

Christianity can be taught in religious schools, from which there is a wide variety. However, it remains to be seen how it can be positively debated in relation to Australian history.

First, there is no state religion. On the contrary, the country consists of many religions and an increasing proportion of atheists.

Second, given the generations stolen and multiple sexual abuse scandals, the greatest religious influence in Australia has been extremely negative. It was not until 1996 that the Catholic Church apologized for the systematic abuse it continued in attempting to assimilate Aboriginal children.

If these are the Christian values â€‹â€‹Tudge loves to extol, they are best felt left at the altar.

It was his defense of liberal democracy that makes the most unpleasant comparison in his article.

As he preaches the virtue of Western political institutions, he notes:

To be clear, Alan Tudge compares the oldest known races on the planet to a political system. A political system imported by a nation that attempted mass genocide against the indigenous population. A system that in the past did the White Australia policy. It is insincere to offer a comparison between the two.

The most hypocritical aspect of all of this is that Mr Tudge’s view of teaching children a more optimistic view of Australia’s past contradicts his recent comments on protecting freedom of expression in Australian universities.

In an ironic comparison, Tudge continued Sky news (Paul Murray live) on October 12th to address the case of physicist Peter Ridd in the High Court.

In an attempt not to criticize the High Court’s decision – which ruled that Ridd was rightly dismissed from James Cook University – Tudge did:

“Yes, of course I respect the decision of the High Court. I am disappointed with the result.”

In the same interview, he criticized universities for not allowing certain ideas to be challenged, no matter how inconvenient:

â€œWe have many examples of universities trying to take action against some of their employees for saying things they just didn’t agree with. The whole idea of â€‹â€‹a university is to have a solid exchange of ideas … “

Tudge decided that he needed to back up this media presence on his preferred channel with a statement that contradicted everything he argued for in his previous article:

“Freedom of expression and freedom of science are the most fundamental principles of a university.”

As in a previous article in Independent. mentioned Aaustralia has previously stated to Tudge that any debate about the day of the Australian and New Zealand Army Corps (Anzac) should be banned as it is a “holy day”. The editorial staff in The Australian backed this up on Friday, hypothesizing that it would be the parents ‘horrified’ when they knew Anzac Day was contested.

But Tudge ended his press release with this statement:

“I am concerned that in some places there is a culture of repressing perceived” unwelcome thoughts “instead of discussing them.”

It seems to Tudge and other members of the LNP that inconvenient facts can only be spread if “truths” are brought up to which they agree.

Tudge said Australian children should drop out of school “With love for the countryside and optimism”. Certainly, it is more important that children learn the truth – glossing over Australia’s past will only further undermine, not improve, people’s confidence in the country.

Dechlan Brennan is a freelance writer campaigning for mental health and welfare reforms in Australia.

Kashmir land of the oppressed nation