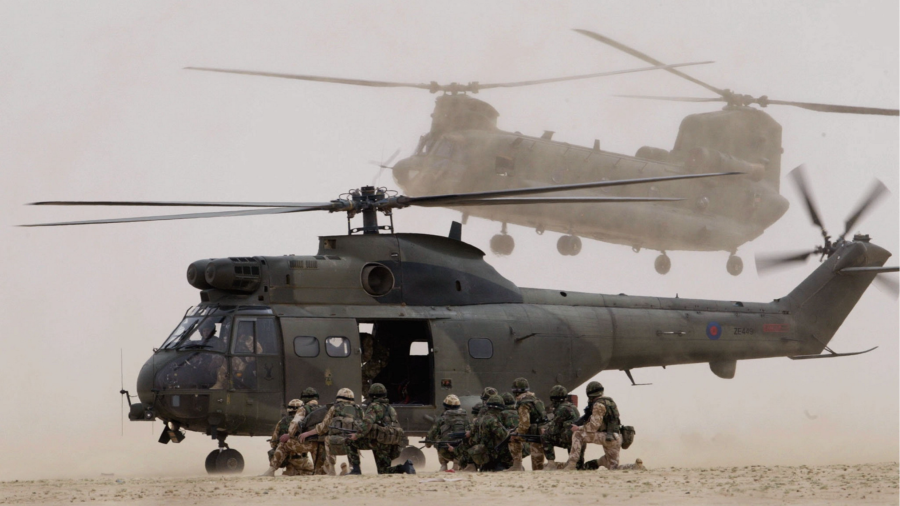 Three of the world’s largest defense contractors are bidding to replace Britain’s attack helicopter in a bid to test a new procurement approach that ranks bids on their ‘social’ impact, performance and price.

Airbus, Leonardo UK and Lockheed Martin are among the companies vying to replace aging Puma support helicopters. The more than £1bn contract for up to 44 new machines is expected to be awarded next year.

It will be one of the first competitions to test what last year’s defense industry strategy promised of a “more strategic approach” to procurement.

Critics of Britain’s arms procurement, long plagued by the dilemma of encouraging competition and ensuring value for money while ensuring a viable domestic industry, hope this will bring about lasting change.

Instead of pursuing the decades-old method of “global competition by default”, the new strategy promised to also integrate economic and social factors into the selection process for armaments procurement offers in the future.

“We will maintain and develop the future industrial capacity and capabilities on land in the areas that matter most for defense and security, support economic growth across the Union and improve the competitiveness of our companies in the global market,” it said in strategy.

The UK must become increasingly selfish about its national defense interests

Ministers had already made “social value” a key criterion when evaluating large government contracts in September 2020, but the new strategy went a step further by embedding social value in defense procurement policies. In competitions, a weight of at least 10 percent is applied to the social value of an order.

The importance of spending for UK-based companies has gained urgency in the post-pandemic economic recovery and post-Brexit – and as a tool in the government’s agenda to boost productivity across the UK.

Trevor Taylor of the defense think tank Royal United Services Institute (Rusi) said: “This is a real test for the [strategy’s] Commitment to a more “nuanced” approach to competition. The government is also now trying to consider what a contract would do in terms of maintaining industrial efficiency and contributing to national and regional prosperity.”

Previous research by Rusi has shown that “for every £1m spent by the MoD on a UK-based company, the Treasury recovered more than 35 per cent in the form of employee income taxes, social security, corporation tax and VAT”.

Retaining shore-based capacity is critical if the UK is to be able to make changes or upgrades to equipment in the future, said Francis Tusa, editor of Defense Analysis.

“Britain must become increasingly selfish about its national interest in defense equipment,” he said. “The ability to have onshore capabilities to respond to a changing environment is key. You don’t get that by just buying American goods off the shelf [equipment].”

The Department of Defense said the contract would be awarded to the bid that “offers the best value for money when assessed against a robust set of criteria, including social merit.”

The department confirmed last year that the Royal Air Force would be retiring its fleet of 23 Puma helicopters built in the early 1970s.

Improved versions were used to transport troops in wars in Iraq and Afghanistan. The so-called new medium-helicopter would replace the Puma and three other types.

The competition will once again put the spotlight on Britain’s only helicopter factory in Yeovil, Somerset, which is part of the former Westland company but is now fully owned by Leonardo UK.

The company, which will operate its AW149 helicopter, has promised to build a new production line in Yeovil and roll out digital manufacturing skills as part of a £1billion investment programme.

Leonardo has also committed to ensuring that up to 70 per cent of the platform’s content and lifetime support is carried out by itself and other UK domestic providers.

A recent report co-published with the Purpose Coalition aiming to improve social mobility in the UK and led by Justine Greening, former Education Secretary, sought to highlight Leonardo’s role in contributing to the equalization agenda in business.

“You can do [the new helicopter] investing in a one-off project and delivering it, or investing in those who are creating and generating intellectual property in this country and have been doing so for many years,” said Norman Bone, CEO and Chairman of Leonardo UK.

“If we base the 149 here in the UK, all future exports will come from here. So this is important for us, but also for the UK economy.”

Yeovil won’t shut down if it doesn’t win the contest, but Bone acknowledges there will be repercussions. “We would have a sustainability issue for some parts of our facility in Yeovil.”

Airbus has also committed to fulfilling all UK export orders if it wins the competition. The European aerospace and defense group, which has teamed up with Babcock International and Spirit AeroSystems, among others, is offering a militarized version of its H175 helicopter, which is already in service with civilian operators. A production line is set up in Broughton, Wales, where the company builds wings for its commercial aircraft.

Lenny Brown, Managing Director of Airbus Helicopters in the UK, said: “The real key is where the intellectual property and design know-how comes into play, and that will be in the militarization of the aircraft. We will do all of that at Broughton.”

Lockheed Martin, whose subsidiary Sikorsky Aircraft manufactures the successful Black Hawk helicopter, has so far been reluctant to say whether it will bid and which industry partners might be involved.

The US company said it was “aware of the UK government’s social value requirements and meeting that requirement will be an important element of our bid when it is submitted”.

The competition could still be disrupted by one wildcard entrant: a British start-up called AceHawk Aerospace, which offers used Black Hawks with updated cockpits and optimized for government requirements. Based at Teesside International Airport, the company is that of a British Black Hawk.

Their leaders said they were “giving the local people exactly what they need” in terms of operational readiness, while also creating jobs in the North East – a notable part of the former Labor Party heartland known as the red wall were won by the Tory party in the last general election.

“If the government wants to demonstrate to the people of the country that they are serious about leveling up . . . This [choosing AceHawk] is what Conservatives need to do.”