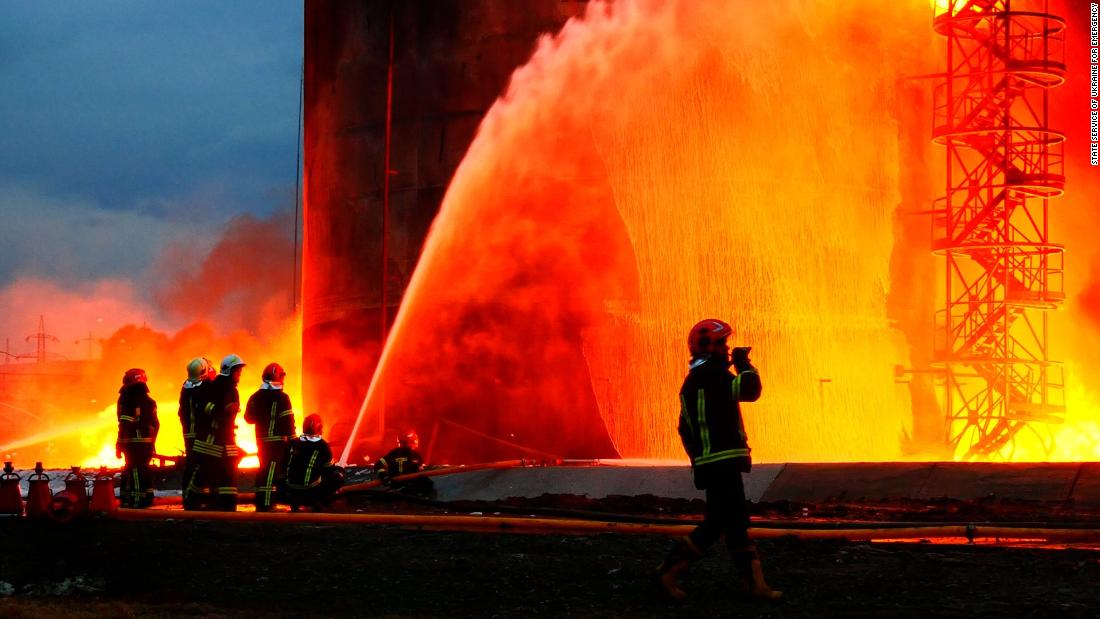 Ukraine has slowed some of Russia’s advances, but missiles are hitting several cities, a presidential aide said. Meanwhile, Ukrainian President Volodymyr Zelenskyy said he was ready to accept a neutral, non-nuclear status as part of a peace deal with Russia.

Here are the latest developments in the war against Ukraine:

Russian strikes continue: Ukrainian Presidential Advisor Mikhail Podoliak said the cities of Lutsk, Kharkiv, Zhytomyr and Rivne were hit by Russian missiles on Sunday. “More rockets every day. Mariupol under the carpet bombing,” he said. “Russia has no more language, no humanism, no civilization. Just rockets, bombs and attempts to wipe Ukraine off the face of the earth.” A loud explosion followed by sirens was also heard in Kyiv early Monday, according to CNN teams on the ground.

Zelenskyj insists on sovereignty in talks: With the new round of peace talks scheduled for Tuesday in Istanbul, Zelenskyy said in a video posted to social media that peace and the restoration of normal life are Ukraine’s “obvious” goals. “Ukraine’s sovereignty and territorial integrity are beyond doubt. Effective security guarantees for our state are imperative,” he said. Zelenskyy also told journalists on Sunday that a neutral, non-nuclear status for Ukraine in the form of a “serious treaty” is acceptable as part of a deal with Russia, but any agreement would have to be put to a referendum.

Biden says he didn’t call for regime change: US President Joe Biden tried to stem the reaction to the comments made on Saturday, responding “no” to a reporter’s question about whether he was calling for regime change. Biden had previously said Russian President Vladimir Putin “cannot stay in power.” Other Biden administration officials have attempted to go back and clarify Biden’s comment.

Ukraine promises “immediate investigation” after video emerges: A nearly six-minute video shows Ukrainian soldiers shooting suspected Russian prisoners in the knees during an operation in the Kharkiv region. When asked about the video, a senior adviser to the President, Oleksiy Arestovych, said: “The government takes this very seriously and there will be an immediate investigation. We are a European army and we do not mock our prisoners. If this comes out, to be honest, that’s totally unacceptable behavior.” CNN won’t show the video.

Putin Eyes “Korean Scenario”: The head of Ukraine’s military intelligence has said Putin may try to split Ukraine in two – like North and South Korea. Brig. General Kyrylo Budanov said Russia’s operations around Kyiv had failed and it was now impossible for the Russian army to overthrow the Ukrainian government. Putin’s war is now focused on the south and east of the country, he said. “[Russian forces] will try to draw a dividing line between the unoccupied and the occupied regions of our country. In fact, it is an attempt to create North and South Korea in Ukraine,” he said.