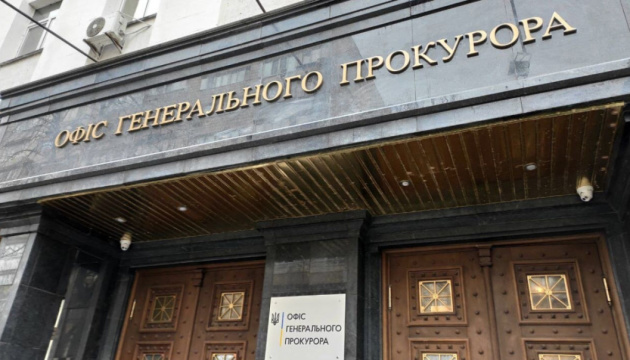 The head of the Russian Wagner Private Military Company was officially charged with tampering with the territorial integrity of Ukraine and the inviolability of its borders, as well as participating in a war of aggression.

According to the Attorney General, Ukrinform reported with reference to the OPG Press service.

“A citizen of the Russian Federation, head of the Wagner Private Military Company, has been informed that he is suspected of tampering with the territorial integrity and inviolability of Ukraine and of aiding and abetting a war of aggression,” the statement said.

According to the investigation, between July 2014 and March 2015, the head of the PMC Wagner acted in conspiracy with and under the control of high-ranking officials of the Russian armed forces in the temporarily occupied area of ​​the Donetsk and Luhansk regions, commanded and coordinated their subordinate units Actions.

“Together with units of the regular troops of the Russian Federation and illegal armed groups they fought against the armed forces of Ukraine, thereby violating the territorial integrity of our state by temporarily occupying part of its territory,” said the OPG.

According to the investigation, in January-February 2014, Wagner units participated in intense hostilities against the Ukrainian armed forces of the anti-terrorist operation near the Debaltseve strategic railway junction. During this time the chief of the PMC was directly subordinate to the commander of the 2nd Army Corps, a lieutenant general of the Russian armed forces.

The question of putting the suspect on a wanted list is currently being dealt with, the statement said.

The pre-trial investigations in criminal proceedings are conducted by the Main Investigation Department of the Security Service of Ukraine (SBU).

As Ukrinform previously reported, Wagner is a Russian military structure with mercenaries that was founded in 2013. She participated in a number of conflicts around the world, including in the Donbas on Russia’s side, in Syria on the side of Russian ally Bashar al. Assad as well as in a conflict in Sudan.

In the Russian media, the organization positions itself as a private military company under the command of retired Lieutenant Colonel of the Russian Armed Forces Dmitry Utkin, callsign Wagner.