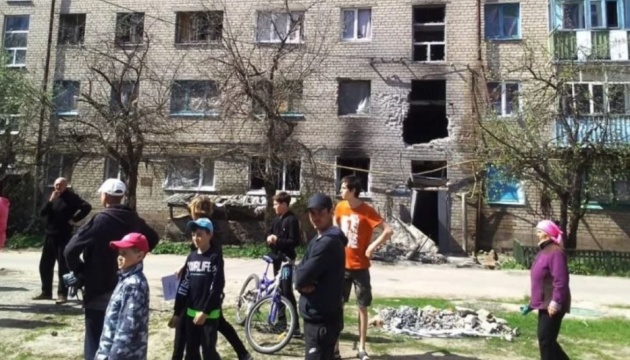 Since the first day of the war, the Russian Federation has used a large number of missiles to attack Ukraine. Unfortunately, our country has become a kind of proving ground for Russian missiles of various types.

“They have been used since day one. It’s no secret, we publish this information. The weapons used by Russia are extremely diverse. Ukraine, unfortunately, is a kind of testing ground for Russia,” said Yuri Ihnat, spokesman for the Air Force said the high command of the Armed Forces of Ukraine during the nationwide news telethon when asked if the Russians had previously used rockets they fired at Kyiv today.

As an example, he cited sea-launched Kalibr missiles, which are mainly launched from the Black Sea. Tu-95, Tu-160 strategic bombers launch Russian Kh-type missiles. These cruise missiles fly from the Caspian region.

Also read: The Russians launched about 500 attacks on civilian infrastructure this week

The spokesman explained that Kh-22 missiles are fast missiles capable of developing speeds of around 3,000 km/h. They are launched by long-range TU-22M3 bombers. If earlier Russia launched such missiles from the Rostov region, the Black Sea, now it has moved these planes north. A plane flies into the airspace of Belarus and hits the northern regions, since this missile has a range of only 600 km.

At the same time, Ihnat called the Iskander and Soviet Tochka-U systems the most destructive. Ukrainian air defense units find these missiles the hardest to shoot down.

“There are operational and tactical Iskander systems and the Soviet Tochka-U systems. These missiles travel at high speed on a ballistic trajectory. It is extremely difficult for the Luftwaffe to shoot down such missiles, but there are cases when we shoot them down. It is also difficult to shoot down missiles from Bastion operational and tactical systems, which are more designed to hit naval targets. Their Oniks rocket also has a speed of over 3,000 km/h, it is difficult to shoot down,” the spokesman explained.

According to him, it is more realistic to shoot down Kalibr-type cruise missiles and various modifications of Kh-type missiles.

Some rockets are extremely technological, quite modern and cost from 5 million dollars. The missiles are guided from the Caspian Sea and fly on the ground, making their detection by air defense forces much more difficult, Ihnat added.