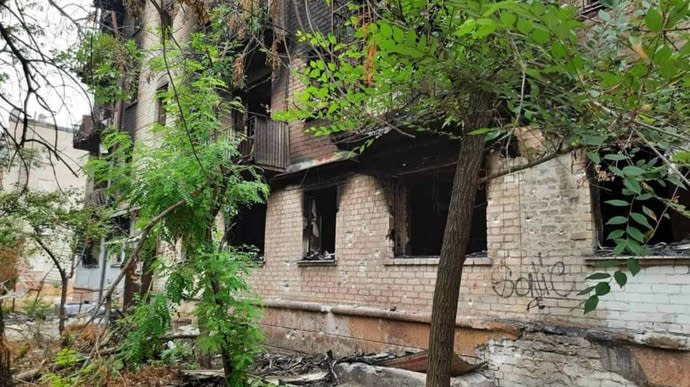 The Armed Forces of Ukraine managed to stop an attack by the Russian army from the territory of the Lysyhansk oil refinery, and fighting is taking place near Verkhnokamyanka – the occupiers are trying to cross the administrative border of the Lugansk region.

Source: Serhii Haidai, head of the military administration of the Luhansk region telegram

Quote from Haidai: “Yesterday our armed forces managed to stop an offensive of the occupiers who attacked from the territory of the Lysychansk oil refinery – the enemy suffered casualties and retreated.”

Details: At the same time, Haidai added that the occupiers are trying to attack from almost every settlement they have captured in the Luhansk region.

In particular, there is fighting near Verkhnokamianka – the Russians are trying to use their tank reserves to reach the administrative border of the Luhansk region.

On July 21, the Russians launched 2 rockets and 2 airstrikes, carried out 5 artillery strikes and 2 more with mortars.

According to the head of the oblast military administration, the invaders want to push the Ukrainian fighters out of the fortifications with continuous fire, while at the same time exerting psychological pressure on the local population. Airstrikes on villages on the administrative border of Luhansk and Donetsk oblasts have become more frequent.

Haidai noted that the Russians are throwing all their reserves into battle, doing reconnaissance work and not sparing drones.

In the past 24 hours, the occupiers have shelled almost every village and town their guns can reach with barrel and rocket artillery.

Russia-Ukraine War: What We Know on Day 150 of the Invasion | Ukraine