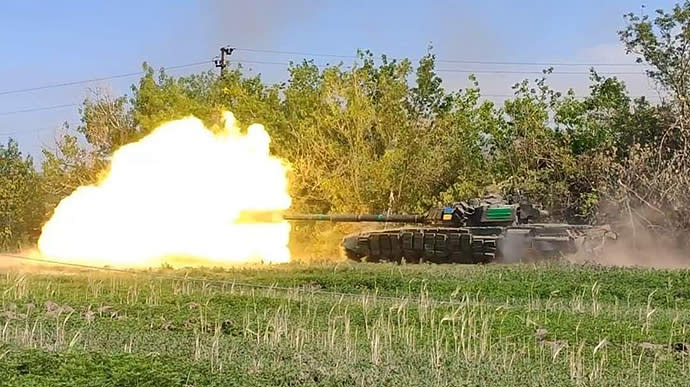 The Russian occupying forces made another attempt to gain control of the main Lysychansk-Bakhmut road, but the Ukrainian military repulsed their attack.

Source: Serhii Haidai, head of the military administration of the Luhansk region telegram

Quote from Haidai: “The Russians have wanted to seize this strategically important highway for more than two months, but they still cannot control even several kilometers of this road.

The Ukrainian defenders stopped the enemy’s attempts [to capture the road between Lysychansk and Bakhmut – ed.] with heavy fire and forced the Russians to retreat.”

Details: The head of the military administration of the Lugansk region also said that the occupying Russian forces continued to shell towns and villages in the Lugansk region with artillery, followed by attempts to conduct offensive operations on these towns and villages. In addition, the Russians are conducting missile strikes and airstrikes in the oblast, destroying homes and vital civilian infrastructure, and killing civilians.

On July 15, Russian forces carried out four rocket attacks on and around towns and villages in Luhansk Oblast. They also conducted three artillery attacks and five sustained mortar attacks.

According to Haidai, Russian occupying forces conducted offensive operations to improve their tactical positions near Verkhnokamianske.

Iraq… A leak leaking the “framework”.

Palantir Stock (PLTR): Potential CAGR of over 25% while changing the future