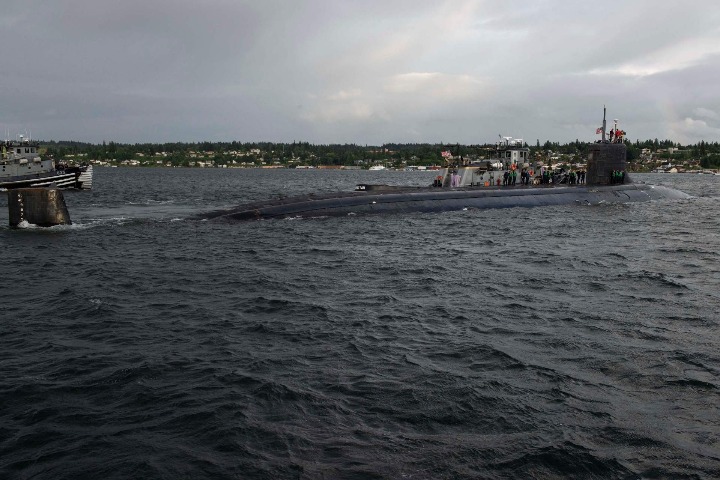 US military black hole for information

The recent collision of the US nuclear submarine USS Connecticut with an unknown object in the South China Sea has received a lot of attention from the international community. Not only is the nuclear-submarine collision itself a cause for concern, but also the slowness in which the US side is disclosing information about the “accident”.

The collision occurred on October 2, but the United States didn’t make it known until five days later. And more than 20 days later, the U.S. Navy is still unsure which object the submarine hit or does not want to reveal.
Covering up the truth is a US military tradition.

Just two months ago, the US military carried out a drone attack in the Afghan capital, Kabul, claiming to have killed two terrorists. However, this was a complete and utter massacre of innocent people. Ten civilians, including seven children, were killed. When asked by the media, the US Army first fabricated details to cover up the truth and then said it would investigate. Eventually she decided to downplay the attack as a “tragic mistake”.

The US military has long presented its weapons and equipment in high-profile fashion and has often accused many countries of “military opacity”.

Now is the time to ask if the US military is open and transparent.
In terms of biological militarization and biological laboratory safety, the US is the only country that has obstructed negotiations on a Verification Protocol to the Biological Weapons Convention in the past 20 years, and has more than 200 biological laboratories worldwide. Many of these institutions are poorly managed and not properly overseen.

As one deception after another is exposed, the “halo” of public opinion that the US enjoyed is waning.