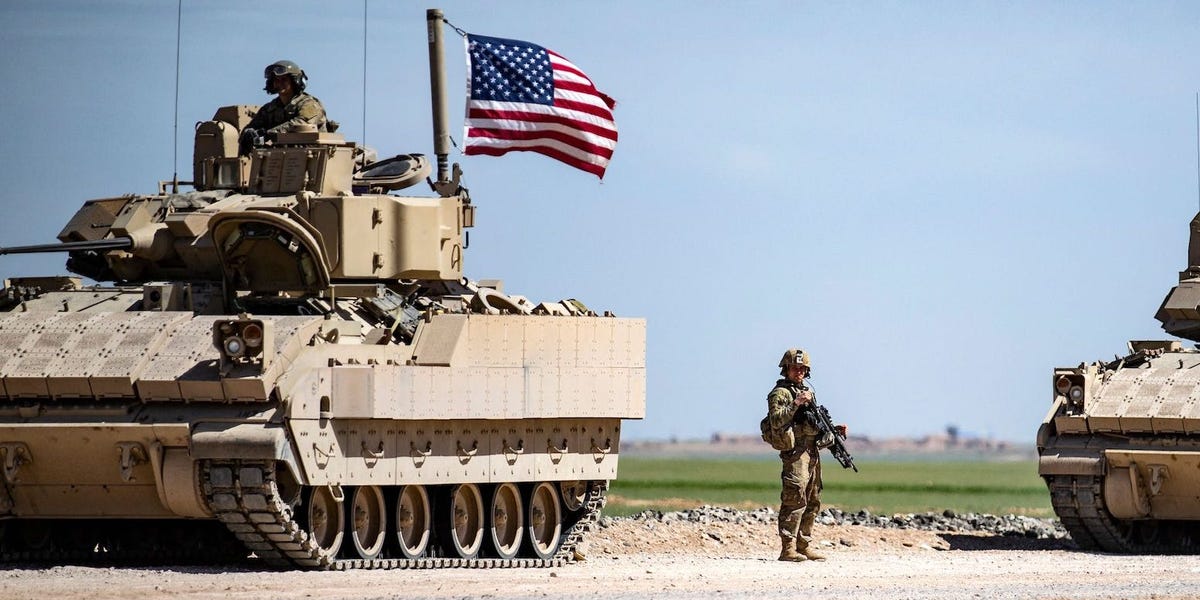 Many Americans were reminded last week that the United States remains actively involved in military combat overseas. But this conflict is not taking place in Afghanistan, where the US withdrew its troops last August. Not even in Ukraine, where President Joe Biden has done everything possible to avoid direct military involvement. It is in Syria.

Last week the Biden administration sanctioned airstrikes against Iran-backed militants in response to missile attacks on bases housing US forces. While the militants’ missiles only slightly wounded the US troops, The US is reportedly retaliating were quite extensive and deadly.

While the war in Afghanistan seemed to last “forever” and the war in Ukraine has “fixated” the public for six months, the war in Syria seems largely “forgotten”.

To be fair, it has caught attention at certain moments, such as when then-President Barack Obama decided not to attack Syrian President Bashar al-Assad’s forces in response to the use of chemical weapons in 2013, or when his successor, President Donald Trump, chose to respond with violence to a chemical weapons attack in 2017.

There was also much outrage at the brutal killings – including of Americans – by Islamic State in 2015, as well as fear at the US decision to ‘abandon Kurds’ — the ground partners for the US-led coalition that militarily defeated the Islamic State — in 2019. Even the The 2016 vice presidential debate contained one segment to the war.

But overall, the Syrian war has failed to capture the attention of the US public for a number of reasons.

First, the war in Syria is complex. It is a civil war in which various militant and militant groups are fighting both against the Assad regime and against each other. Numerous external actors have intervened in the fighting, including the United States, which largely supports the anti-Assad rebels, and Russia, which supports the Assad regime, but also Iran, Hezbollah and Turkey.

The complexity of the conflict and the number of intervening powers make it analogous to the Spanish Civil War of the 1930s or even the thirty years‘ War that embroiled Central Europe in the 17th century.

Not only is the US one of many actors in the war, but unlike the 2001 invasion of Afghanistan or the 2003 invasion of Iraq, it was not an initiator or major participant in the conflict. Washington has played a largely supportive role as a war party — although, unlike Ukraine, it is a war party. This means that events like last week, where US troops were directly attacked, are rare. This, in turn, serves to keep US involvement in Syria out of the public eye.

That doesn’t mean the United States didn’t play a role in the origins of the conflict. When protests against the Assad regime broke out in 2011, Obama made a statement He said: “Syria’s future must be determined by its people, but President Bashar al-Assad stands in their way. For the sake of the Syrian people, it is time for President Assad to resign.”

Perhaps fearing Washington’s intervention, the Assad regime intensified its crackdown on demonstrators. And perhaps in anticipation of US support, insurgent groups began to fight back. Subsequently, they were largely armed and trained by Western forces, including the United States. The war was on, and Obama’s statement may have contributed to the escalation of violence.

But the US has been, at best, tangent to the main drivers of the conflict. The anti-Assad protests erupted in the wake of the pro-democracy “Arab Spring” movements that spread across the Middle East and North Africa. These movements largely died out, with the autocratic status quo remaining intact. But some, like in Syria, but also in Libya and Yemen, triggered civil wars.

The group, which originated in Iraq, took advantage of the unrest in Syria to quickly amass territorial gains. It then garnered widespread attention in 2015 when it peaked in territorial control in both Syria and Iraq Sponsoring terrorist attacks around the world and flaunts his brutal violence in online videos.

If the US-led coalition defeating the organization and removing its territorial control indicated, at least to the American public, that the war was over. At the very least, that should have meant the end of US involvement in the war. It has not.

The Islamic State gained in importance as a result of the war – it was a consequence rather than a cause of the conflict. But even after the group was defeated, the conditions that enabled its rise – the “unregulated” spaces created by the fighting in Syria – remained. And to prevent a possible resurgence of the group that US-led coalition has also stayed.

While this may make sense from a geostrategic perspective, it makes the justification for the continued US presence in Syria unclear to the American public.

Third, the war in Ukraine has become a focus of international attention, including that of the American public. But imagine a scenario where Russia would not have invaded Ukraine in February.

In that case, the end of US engagement in Afghanistan in August 2021 may have prompted further public and congressional calls to end US engagement in other parts of the “Greater Middle East” from Syria to Somalia – something Trump has repeatedly threatened to do .

At the time of the withdrawal from Afghanistan, the Biden administration argued that withdrawing resources from Afghanistan would make it possible US to focus those resources elsewhere, including ongoing efforts to eradicate the last traces of the Islamic State in Syria. but leave Afghanistanthe chaotic nature of the disengagement, in particular, could also have fueled calls for Washington to reduce its military presence throughout the region.

The continued Russian troop presence in Syria may have contributed to Biden’s decision to keep US troops there as well, as it could ensure Russia cannot fully deploy its own forces to Ukraine.

That the war in Syria has become the “forgotten war” points to a more troubling trend in U.S. foreign policy: The United States is so involved in wars and interventions around the world that conflict with the US military that killed Hundreds of thousands of civilians no longer even report to the American public.

Perhaps this is the price of playing such a prominent global role and the “indispensable nation“—that a nation is involved in so many conflicts that it can forget one of them.

Paul Poast is Associate Professor in the Department of Political Science at the University of Chicago and Nonresident Fellow at the Chicago Council on Global Affairs.