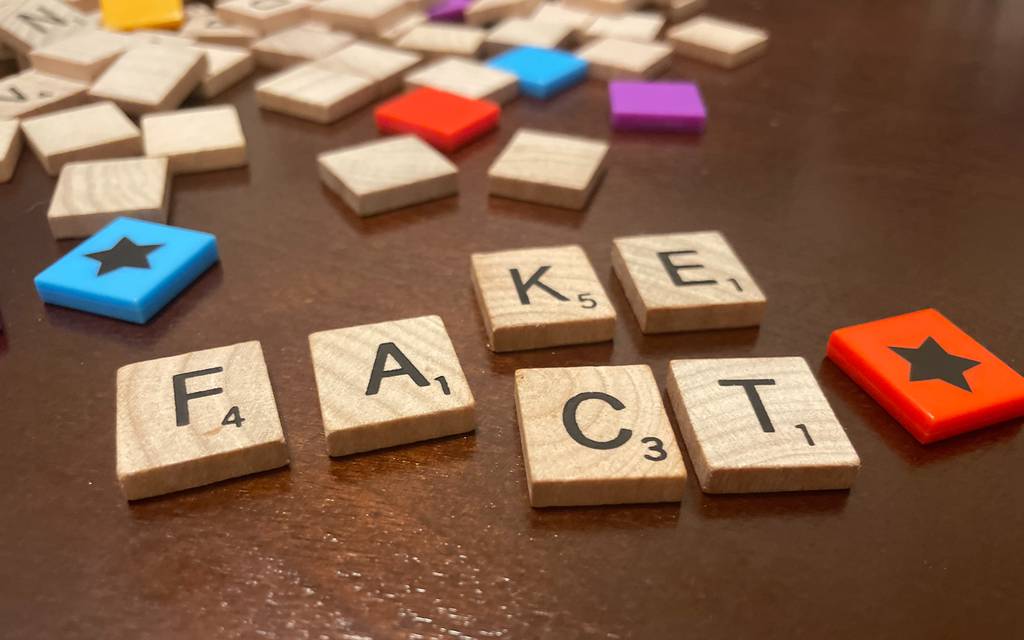 America has a problem with the truth. When asked, most Americans say they value the truth. If that is true, why is it so difficult for so many to distinguish between true and false in their media consumption? And who is to blame when misinformed citizens turn their misdirected anger into acts of violence against the government and other Americans?

Our nation is in the midst of a truth crisis. Last year we saw many friends, family members and co-workers fall victim to misinformation through tense elections, coronavirus restrictions and a national reckoning on racial inequality. Interwoven between posts about everyday life, current events and funny memes, we noticed that a steady drop of deliberate falsehoods invaded the media ecosystem. We were shocked to see more than a few smart, patriotic Americans grappling with and republishing information – and believing in it – directly from the QAnon script of misinformation and disinformation.

We know that hostile foreign governments and domestic violent extremist groups have for years targeted America’s veterans with targeted propaganda efforts to further divide our society and recruit veterans for extremist attacks. And historical data shows that veteran participation in violent domestic extremist groups typically increases after wars end. We also know that in the past, a small number of veterans at the end of large-scale fighting had an oversized impact on domestic violent extremist movements, and the National Consortium on Terrorism Investigation and Terrorism Response shows an increase of more than 300 percent the number of persons with a military background arrested for extremist crimes in the past decade compared to the previous decade.

We must now create a prevention ecosystem that recognizes the link between hostile foreign influence operations and anti-democratic forces at home.

We have seen hostile foreign influence operations successfully sow public doubts about the integrity of our elections, our free press, and our rule of law, and aggressively attack our democratic norms and institutions – especially our exclusively voluntary military. For example, a deliberate disinformation campaign about the effectiveness and safety of the COVID-19 vaccine is likely to result in the segregation of thousands of military personnel who are expected to oppose the vaccine, and these departures will undermine the preparedness of the Department of Defense for the benefit of the Russians , Chinese, North Koreans, Iranians and other state actors who work against US national security interests.

Although we have already lost many soldiers, veterans, and family members to these falsehoods, there is something we can do. Veterans and military families can continue to protect our democracy – if we provide them with the knowledge, tools and networks to do so.

We are part of a new national coalition called We the Veterans, which is committed to harnessing the strengths of the veteran community and our military families to suppress the appeal and impact of violent extremism and polarizing misinformation. We base our work on rigorous and objective research through a formal partnership with START and researchers across the country, and take a strengths-based and public health approach. We’ll be there for the long term.

With this empirical approach and multidisciplinary working groups, we want to create multi-level and multi-sectoral prevention ecosystems.

Our goal is to increase awareness of the threat of misinformation, disinformation, and misinformation within the veteran community and to better educate our compatriots about enemy influence tactics. We intend to provide better access to resources for the military and veteran communities so that we can expand the amazing work they are already doing locally and nationally in strengthening American society.

A better future is possible when we, veterans and military family members, realize that we are not immune to hostile foreign influence or the siren chant of local violent extremists and their false patriotism. We must give our brothers and sisters in arms a much more compelling opportunity to work together to defend the American experiment and do our part in building a more perfect union.

Find out more about this threat and join our efforts to protect democracy and build a more perfect union at www.wetheveterans.us.

Ellen Gustafson, Navy wife, co-founder of We the Veterans

Maggie DeLany, Navy veteran, co-founder of We the Veterans

William Braniff, Army veteran, co-founder of We the Veterans

William Braniff is Director of the National Consortium for the Study of Terrorism and Responses to Terrorism and Professor of this practice at the University of Maryland. He previously served as the Director of Practitioner Education at the Combating Terrorism Center at West Point and as a lecturer in the Department of Social Sciences. He’s an army veteran.

Ellen Gustafson is an entrepreneur, writer, activist and military wife. She is co-director of Summit Institute and President of EG, Inc, an impact-based consulting firm. She is co-founder of the Military Coalition for Family Education – an organization with a mission to help active members of the military build their families.

Joe Plenzler is co-founder of Cassandra-Helenus Partners, a coaching and communication company for executives. He is a combat decorated Marine Corps veteran.

Editor’s Note: This is an Op-Ed, and as such, the opinions expressed are those of the author. If you would like to respond or have your own editorial to submit, please contact the Military Times Senior Editor Howard Altman, [email protected].