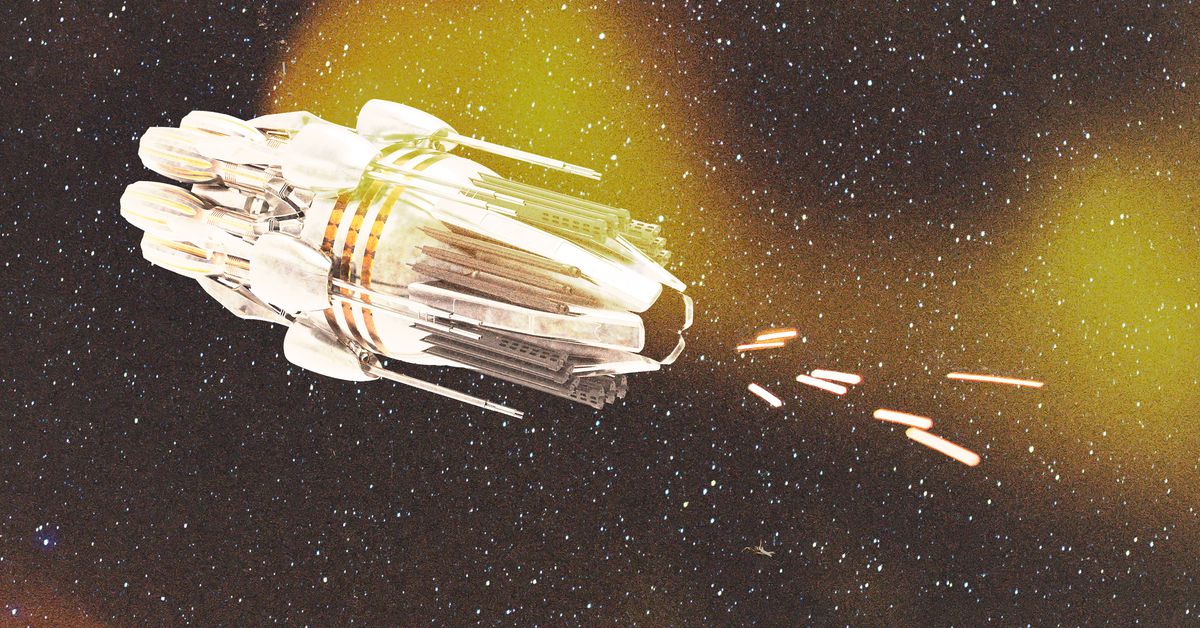 This article first appeared in the State of Faith newsletter. Sign up to receive the newsletter in your inbox every Monday evening.

If you’re a Disney+ subscriber like me, you know that the Star Wars universe continues to grow. Currently, the streaming service releases a new episode of The Book of Boba Fett every week and plans to produce several more Star Wars-related TV shows and movies over the next few years.

All of these developments are possible, at least in part, due to the franchise’s continued popularity. Across the United States and around the world, the seemingly ever-growing community of “Star Wars” fans continues to watch the original films, read related books, and sometimes even incorporate aspects of a galaxy far, far away into their religious lives.

Yes, you read that correctly. Star Wars inspired religious activities. For example, the Temple of the Jedi Order invites participants to recognize “the force” at work in their own lives and to use it for good.

This may sound crazy to you, but in 2015 the US government recognized Jediism as an international ministry and granted its tax exemption request. The movement, which draws inspiration from the mythology of the Star Wars films, has been less fortunate in the UK. In 2016, the Charity Commission for England and Wales refused to grant Temple of the Jedi Order charity status because the commissioners found that it was not primarily charitable.

Last week I published a long article about religious foster homes that could have been longer. Towards the end of the writing process, I removed an entire section on policymaking out of concern that it wouldn’t fit well in a trial-focused story.

In this week’s newsletter, I’m giving this deleted section a second chance.

Here’s a guide to the political battles surrounding foster care that are occurring concurrently with the litigation I examined last week.

Congress is considering the future of publicly funded religious organizations as part of a broader debate on gay rights. Two bills are currently before federal lawmakers that would add LGBTQ antidiscrimination protections to the Civil Rights Act, both of which would change existing funding rules.

Under the Equality Act, passed by the US House of Representatives in February 2021, foster homes would not be eligible to receive public funding if they discriminated on the basis of gender, sexual orientation, or sex. In other words, state-funded agencies could not refuse to place children with gay couples even if they have a religious objection to same-sex marriage.

Under the Fairness for All Act, sponsored by Utah Rep. Chris Stewart, religious organizations would remain eligible for federal funding. The bill proposes an indirect funding model, in which state funds go directly to prospective foster parents, who in turn pass it on to the agency of their choice.

In addition to urging Congress to pass the Equality Act, President Joe Biden has meddled in disputes between foster families by adjusting how the government handles requests for religious exceptions to nondiscrimination rules.

In November, the Department of Health and Human Services revoked exemptions that the Trump administration had offered to religious authorities. Current officials said they are still open to accepting religious organizations but would consider exemption requests on a case-by-case basis.

While notable, that decision was not as significant as it might first appear, according to Alex Luchenitser, associate vice president and associate legal director of Americans United for Separation of Church and State. The Biden administration, like the Trump and Obama administrations before it, has a blanket policy of not enforcing nondiscrimination rules against religious organizations.

“Although the Biden administration has withdrawn the waivers, there is a non-enforcement notice that has not been waived,” he said.

Still, the announcement in November sparked an outcry from more conservative faith groups as well as Republican leaders.

legislators of the countries

Today, about eight states allow publicly funded religious agencies to turn away couples who don’t meet religious criteria. Both Indiana and Arizona are debating similar policy proposals this year, but for the most part it seems state lawmakers have turned their attention to other issues, Luchenitser said.

“It seems like most states that are inclined to pass these kinds of laws have already passed them. Maybe there won’t be more,” he said.

Fresh off the press

St. Timothy’s Episcopal Church in Brookings, Oregon, like most churches, sees caring for the hungry as an expression of faith. But unlike most churches, St. Timothy’s has run into trouble with the law over its free food program. The community is violating a new city ordinance that limits free meal programs to two days per week. St. Timothy’s and its episcopal diocese recently filed a lawsuit alleging that these policies violate the church’s rights to religious practice, NPR reported last week.

Basketball has deep religious roots. It was founded in a Christian college by a Presbyterian pastor. And the ties to faith don’t end there, according to Paul Putz, a historian of sports and Christianity. In a great article for Christianity Today, Putz outlines how Black churches have helped make the NBA what it is today and how they continue to inspire player activism for social justice.

The tornado that swept through Mayfield, Kentucky in December left dozens of buildings destroyed or damaged. Historic churches are among the buildings, which means several Mayfield congregations are now faced with an important decision: do they rebuild their premises exactly as they were, or do they dare and try something new? My buddy Bobby Ross wrote about the situation for The Associated Press.

President Joe Biden’s selection for the post of US Special Representative for Monitoring and Combating Antisemitism, Deborah Lipstadt, eventually received a confirmation hearing in the Senate Foreign Relations Committee. The Republican members of the committee had delayed the hearing for months over concerns about Lipstadt’s political beliefs. After recent attacks on synagogues and individual Jews, a coalition of Jewish organizations successfully urged them to stop trailing.

The Center for Social Justice and Reconciliation is hosting a virtual event on February 15 on the role of religion in the suffrage debate and other social justice issues. The program is one of the offerings of the center’s Black History Month.


State of Faith with Kelsey Dallas

Get weekly stories to deepen your understanding of religion in the public square.